You'll be blown away: Vin on John Cena's character in 'Fast and Furious 9' 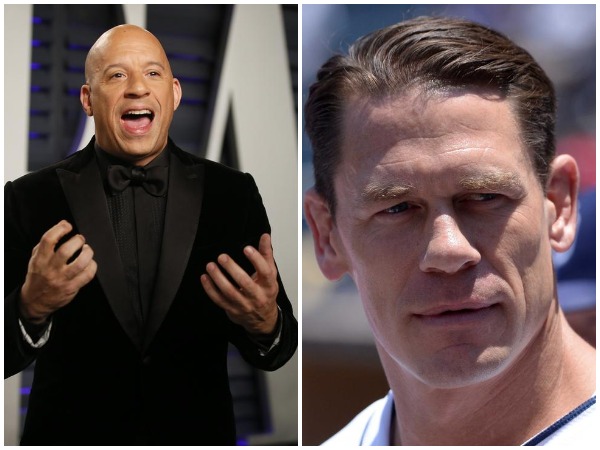 Washington D.C. [USA], Oct 11 (ANI): The shooting for 'Fast and Furious 9' is still underway. However, it was John Cena's last day on sets on Thursday and co-star Vin Diesel came up with a special video on Instagram singing praises for the former WWE wrestler.

"I have to tell you when you see him in this movie, when you see his character come to life you will be blown away. You are going to be ecstatic about what he's contributed to this saga," Diesel said in an Instagram video.
While the filming has been going on for 16 weeks, the 52-year old on Thursday posted a clip of him and Cena as the latter was bidding adieu to the cast on his last day of the shoot.
"Week 16, Fast 9 and it truly is as Jordana [Brewster] says a bittersweet moment because someone who've I've had the great pleasure of working with, John Cena, is finally filming his last day," Diesel said in the video.
He continued showering Cena with praises saying, "I'm so so so proud of him, I can't even put it into words."
Meanwhile, the former wrestler who was also part of the clip teased the film to fans, saying, "I know a lot of you are asking questions: What do you do in the movie? Why are you here? What can you expect? I have many of those answers -- but you're going to have to wait and see."
"You are in for a wild ride," Cena added.


It was in June that Cena revealed that he will also be a part of the ninth film in the action franchise.
"For nearly 20 years, the Fast Franchise has entertained fans and created some of the biggest cinematic moments in history. It's an incredible honour to join this franchise and this family," he had then tweeted.
He is starring alongside Diesel, Jordana Brewster, Michelle Rodriguez and Tyrese Gibson.
The film is set to hit theatres on May 22, next year. (ANI)