'You' renewed for season 4 at Netflix 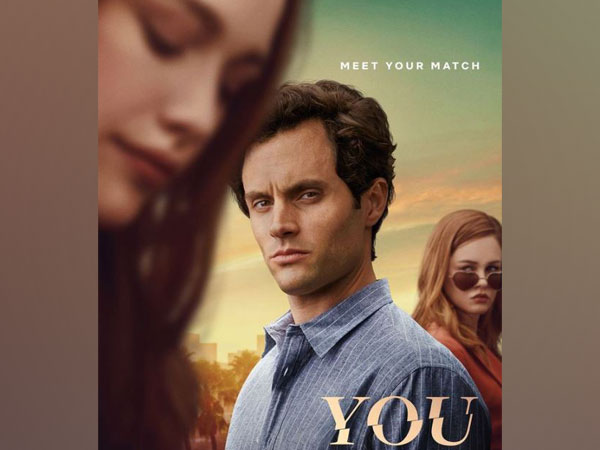 Washington [US], October 14 (ANI): Ahead of the third season's premiere, thriller series 'You' has been renewed for a fourth season at Netflix.

The announcement has come ahead of the October 15 debut of 'You' season 3 on the streamer, reported Variety.
Actors Penn Badgley and Victoria Pedretti star in the hit Netflix series about a charming serial killer named Joe (Penn) who tends to kill the women he becomes obsessed with.
Developed by Sera Gamble and Greg Berlanti, 'You' is based on Caroline Kepnes' bestselling books 'You' and 'Hidden Bodies'. The series is produced by Berlanti Productions and Alloy Entertainment in association with Warner Horizon Scripted Television.
"Reading Caroline's novel, Greg and I were instantly obsessed with Joe Goldberg and his twisted world view," Variety quoted Gamble saying.
She added, "And it's been thrilling to watch Penn bring Joe to creepy yet compelling life. We're deeply grateful that Netflix has shown You such monumental support, and that people around the world have enjoyed watching Joe really get it all very wrong over the past 3 seasons. The whole You team is excited to explore new, dark facets of love in Season 4."
Season two of the much-talked-about show ended with Love (Pedretti) revealing herself to be equally psychotic and also pregnant. In season three which will debut on October 15, Joe (Penn) and Love will start a new life with their son in the suburbs and see if that kind of 'normal' life is meant for them.
Apart from Penn and Pedretti, 'You' season 3 will also feature Saffron Burrows returning as a lead cast member, with Shalita Grant, Travis Van Winkle, Dylan Arnold, and Tati Gabrielle joining the series. (ANI)
ADVERTISEMENT