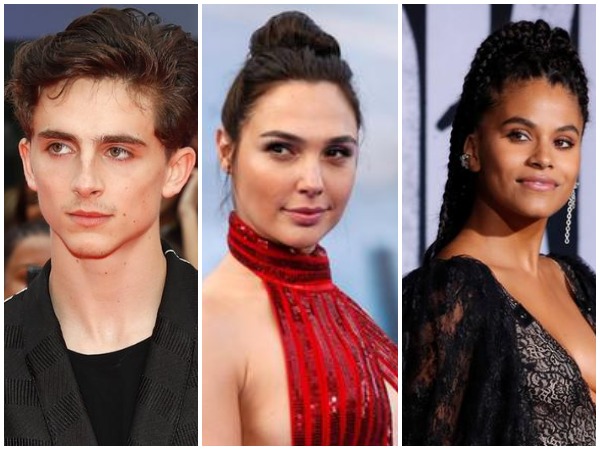 Washington D.C. [USA], Jan 29 (ANI): The producers of the 92nd Academy Awards show, Lynette Howell Taylor and Stephanie Allain, have announced the list of additional presenters for the awards telecast.

According to Variety, Zazie Beetz, Timothee Chalamet, Will Ferrell, Gal Gadot, Mindy Kaling, Julia Louis-Dreyfus, Lin-Manuel Miranda, Anthony Ramos, Mark Ruffalo, Kelly Marie Tran, and Kristen Wiig will be presenting statuettes during the evening's ceremony.
Many of the actors in the list of stars are in this year's crop of nominees, though none of the stars have been nominated for their performances.
For the race of best picture, Beetz's 'Joker' and Chalamet's 'Little Women' give a tough competition along with many of the other top categories.
'Star Wars: The Rise of Skywalker' has garnered three nominations, in which Tran reprises her role as Rose Tic. While Louis-Dreyfus and Ferrell lead the upcoming comedy 'Downhill' and Gadot and Wiig both star in DC Films' sequel 'Wonder Woman 1984' this summer.
The producers of the show, Howell Taylor and Allain said, "We're excited to welcome these talented artists to help celebrate this year's movies, each brings their own unique energy and appeal to our global audience."
T Howell Taylor and Allain also announced that last year's acting category winners Mahershala Ali, Olivia Colman, Regina King, and Rami Malek will also be presenting at this year's ceremony.
The Oscars Awards will be held on February 9 at the Dolby Theatre at Hollywood & Highland Center in Hollywood. (ANI)
ADVERTISEMENT