'Humanity my religion, keeping promises my caste': Jagan Reddy replies over his faith 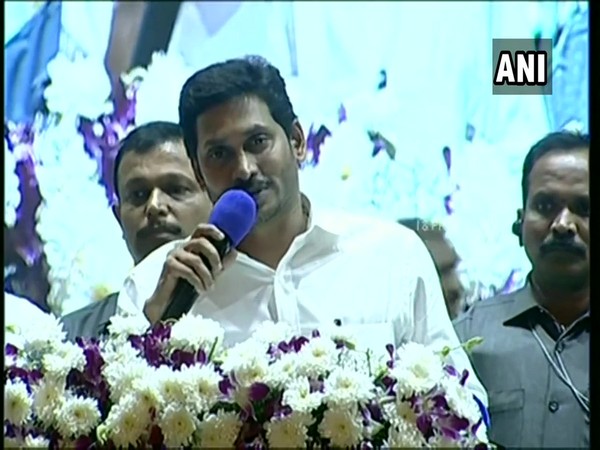 Guntur (Andhra Pradesh) [India], Dec 3 (ANI): Hitting back at those questioning his faith, Andhra Pradesh Chief Minister Jagan Mohan Reddy on Monday said that "Humanity" was his religion and his caste was keeping up the promises that he has made.

"We have been running the government amidst various allegations. Even my caste and religion are discussed, it pained me. Humanity is my religion and keeping up the promises is my caste," Reddy said while addressing a gathering here at the launch of YSR Post Operative Sustenance (YSR Arogyasri Asara) scheme
The Chief Minister said that he feels proud of abiding by his words and fulfilling his promises.

Vowing to move ahead with his welfare agenda despite the 'negativity' being spread by opposition parties, he said: "I would stand strong with your (citizens) blessings and face the 'conspiracies' being hatched against me."
The BJP had accused the YSRCP led government of promoting English over Telugu and demanded that both the languages be promoted in the state.
Andhra Pradesh BJP unit spokesperson Lanka Dhinakaran told ANI that Reddy's government was unable to realise the importance of mother tongue Telugu. (ANI)