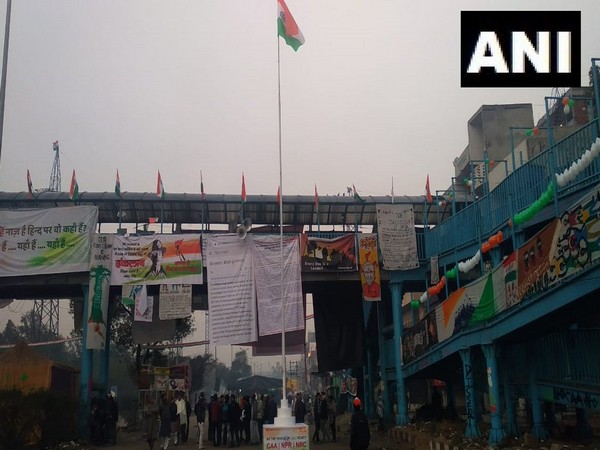 New Delhi [India], Jan 31 (ANI): Election observers along with Delhi Police reached Shaheen Bagh on Friday in order to review the situation ahead of the Assembly polls. After the review, Chief Electoral Officer, Ranbir Singh said that there were no obstacles en route to the five polling locations in Shaheen Bagh and that people should come out and cast their votes.

"We had come here to review poll preparations. There are no obstacles in the route to five polling locations in Shaheen Bagh. I would like to appeal to all to cast their votes," Singh said.
Protests have been going on at Shaheen Bagh since December 15 last year against the CAA due to which Kalindi Kunj road has been shut for traffic movement.
A petition was filed in the Supreme Court last week seeking appropriate directions to the police to open the Kalindi Kunj-Shaheen Bagh stretch contending that the road closure is causing huge inconvenience to people.
The amended citizenship law grants citizenship to Hindu, Sikh, Jain, Parsi, Buddhist, and Christian refugees from Pakistan, Afghanistan, and Bangladesh, who came to India before 2015.
Assembly elections in Delhi are due on February 8. The counting of votes is scheduled to begin on January 11. (ANI)