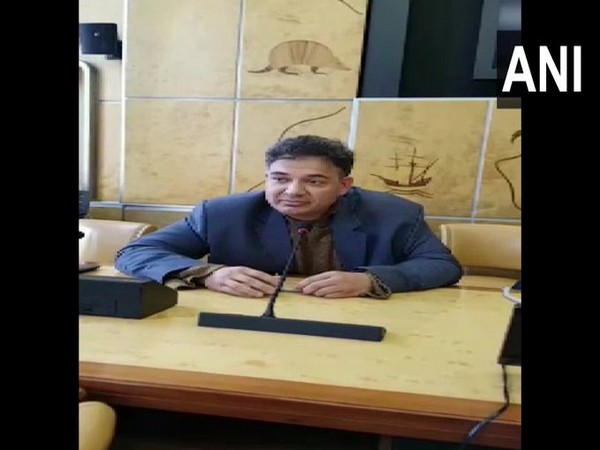 Geneva [Switzerland], Sept 13 (ANI): Calling Pakistan a hypocrite, a Gilgit-Baltistan activist on Thursday said that Islamabad is an "occupier" whose support to people of Kashmir is "synthetic and superficial" as they have been committing atrocities in Pakistan occupied Kashmir (PoK) from last 70 years.

"People of Gilgit-Baltistan are saying that Pakistan is a hypocrite, has double standards, has no business talking about Jammu and Kashmir, is a criminal country and an occupier," said Senge H. Sering, Director of Institute of Gilgit Baltistan Studies, on the sidelines of the ongoing 42nd session of the United Nations Human Rights Council in Geneva.
"My argument is that I am from Gilgit Baltistan and as Pakistan is abusing Baltistan, I will never see Pakistan as a friend of Kashmir. It would be hypocritical of me to think Pakistan talking about the Kashmir valley has some value when they are abusing the land of Gilgit Baltistan. Pakistan talk about Jammu and Kashmir is synthetic and superficial and it is hypocritical and criminal from last 70 years," he added.
Sering remarks come at a time when Pakistan is peddling false narrative against India over the latter's decision to revoke the special status of Jammu and Kashmir.
At the UNHRC session, Foreign Minister Shah Mahmood Qureshi presented a false narrative on Kashmir maintained by his country following the Indian government's historic move to abrogate Article 370. However, Pakistan has been strongly reprimanded by Indian delegation.
Interestingly, while Qureshi was addressing the session, protests were held outside the UN Headquarters against the dire situation of Human Rights in Pakistan.
Sering also demanded Pakistan to withdraw from Gilgit Baltistan if it really believes in United States resolution.
"If Pakistan really believes in the United Nations resolution then its first business should be to withdraw from Gilgit Baltistan. Pakistan was given 90 days to withdraw and 70 years after that, it is still sitting there (and) it is stealing our resources and not paying a penny to locals," he added.
He said that the world has been selective about Jammu and Kashmir as they have ignored the encroachment done by Pakistan in Pok and Gilgit Baltistan.
"When in 1949, Pakistan separated Gilgit Baltistan from the rest of the PoK ... It was the reorganisation of the region. The world was silent nobody talked about it. Pakistan in 1960 gave away 12000 sq km of Gilgit Baltistan to China... Nobody talked about it they thought it was normal and it is Pakistan's internal business. Pakistan then separated the Chintrang district. They were taking away chunks of Pakistan occupied Kashmir and incorporating into Pakistan and China," the activist said.
"Suddenly when something happens in the valley everybody starts feeling the pain and the thing is that India is dealing with its own constitution. India is amending its own constitution," he added. (ANI)