We have a multi-layered security deployment at Delhi's Shaheen Bagh, says Special CP 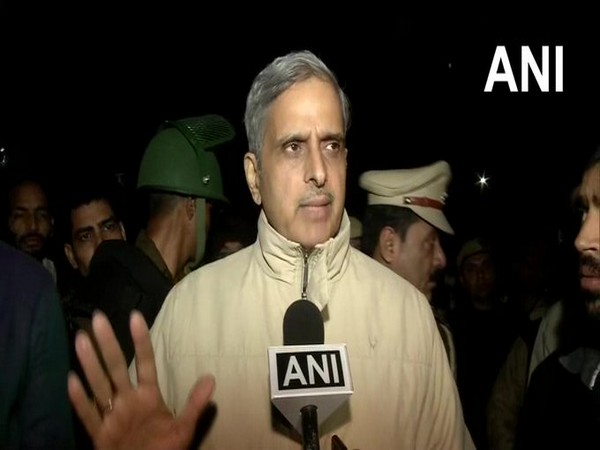 New Delhi [India], Feb 2 (ANI): Delhi Special CP RS Krishnia on Sunday assured that multi-layered security has been deployed at Shaheen Bagh, amid a call from members of the Hindu Army for removing the protestors gathered against the citizenship law.

"Our objective is to maintain law and order here, we have made all the arrangements. We have a multi-layered deployment here with components from local police and paramilitary forces. The situation is absolutely under control," RS Krishnia, Special CP (Law and Order) told ANI over Shaheen Bagh protest.
From Sunday morning onwards people started gathering at the red light of Sarita Vihar only 100 meters from the protest site, leading to an increase in security measures in the area.
Meanwhile, Kapil Gujjar, the man who fired in Shaheen Bagh on February 1, has been sent on police remand for two days by a Delhi court on Sunday.
Protests have been going on at Shaheen Bagh since December 15 last year against the CAA due to which Kalindi Kunj road has been shut for traffic movement.
Earlier, a petition was filed in the Supreme Court seeking appropriate directions to the police to open the Kalindi Kunj-Shaheen Bagh stretch contending that the road closure is causing huge inconvenience to people. (ANI)