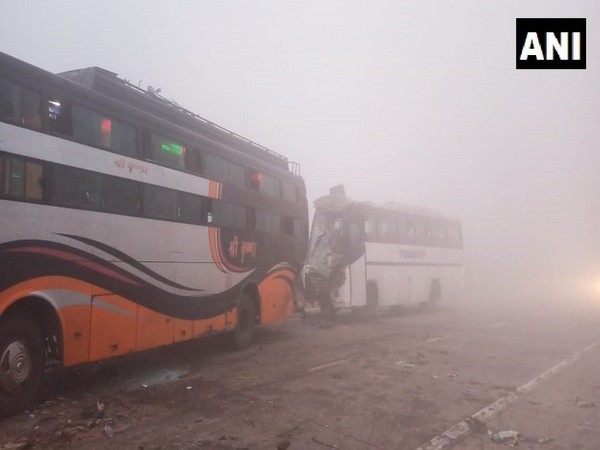 Mathura (Uttar Pradesh) [India], January 14 (ANI): A man died and around 12 were injured after a bus rammed into another vehicle due to low visibility caused by fog at Yamuna Expressway in Baldeo Police station area on Thursday morning.

The bus was on its way from Noida to Agra when the accident took place, said ASP Rural, Shrish Chandra.
According to the police, a van full of guava overturned after it rammed into the bus. The driver of the van died on spot.
Two buses then rammed the standing bus and around a dozen people aboard the three buses were injured, said the police. (ANI)