150 Pakistanis stuck at airport in Xinjiang amid coronavirus outbreak 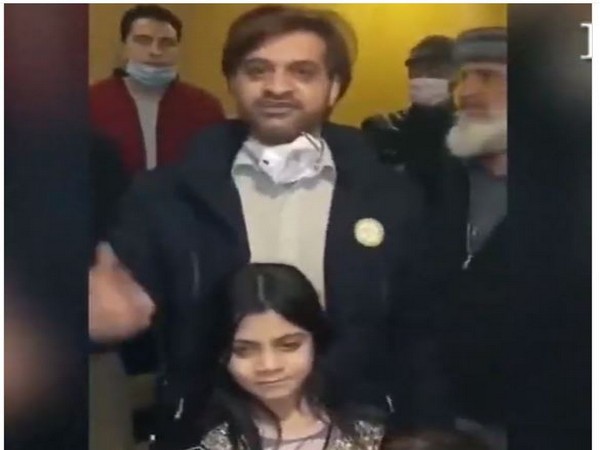 Xinjiang [China], Feb 01 (ANI): A group of 150 Pakistani citizens is stranded at an airport in Xinjiang as Islamabad suspended its flights to and from China amid the coronavirus outbreak.

According to The Dawn, the stranded Pakistanis are mostly students and their families with the rest being traders, have been trapped at the airport in Urumqi, the capital of the Xinjiang Uighur Autonomous Region. They can neither leave the airport because many of them have reached the expiry of their visas.
A Ph.D. scholar, Tariq Rauf, from Khyber Pakhtunkhwa's Shangla district who was studying in China, in a video message, said that Pakistanis were stuck in Urumqi because their onward flight to Pakistan had been cancelled.
"We request the Pakistani government to evacuate us from here ... this is our constitutional right," he said.
The embassy has reportedly contacted the citizens stuck at the airport and ensure assistance.
However a few days back, Special Assistant to Prime Minister on Health Zafar Mirza had said that the Pakistani government has decided not to repatriate its citizens stranded in China from the coronavirus-hit Wuhan city to show "solidarity" with the Asian country.
"We believe that right now, it is in the interest of our loved ones in China (to stay there). It is in the larger interest of the region, world, country that we do not evacuate them now," The Dawn quoted him while addressing the media at a press conference in Islamabad.
"This is what the World Health Organisation is saying. This is China's policy and this is our policy as well. We stand by China in full solidarity," he said. (ANI)