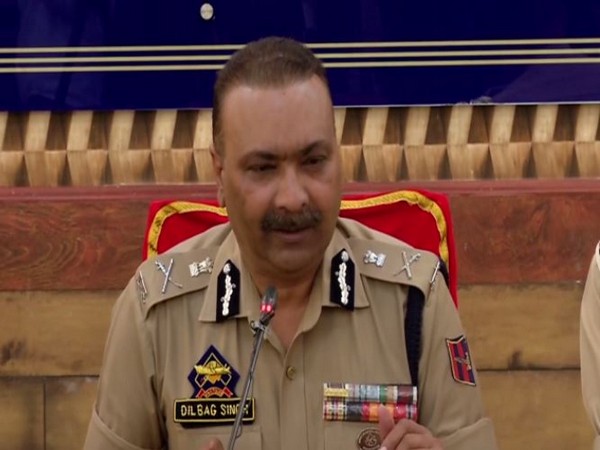 Srinagar (Jammu Kashmir) [India], Sept 11 (ANI): Jammu and Kashmir DGP Dilbag Singh on Wednesday said that a total of 184 incidents of law and order engagements were reported from various regions of the state in the aftermath of abrogation of Article 370.

Singh said of these incidents, heavy violence was only reported in half-a-dozen cases.
"Very minor kind of incidents took place in most of the places. Till yesterday, 184 incidents of law and order engagements were there of which not more than half-a-dozen are of such nature where a little higher level of violence was seen in terms of stone-pelting by the civilians," he said while addressing a presser here.
The DGP said forces have also tried to exercise a lot of restraint and very minimal use of force has been exercised wherever required.
Expressing happiness over the cooperation extended by people of the state, he said, "I am happy to say that our people in the state in all three regions have been very-very cooperative and maintenance of law and order in Jammu and Kashmir has been very good."
The DGP said despite a number of law and order incidents reported from various places in the state, there was hardly any serious law and order engagement. (ANI)