3 JeM terrorists killed in encounter had IED ready to be used around Nagrota: J-K Police 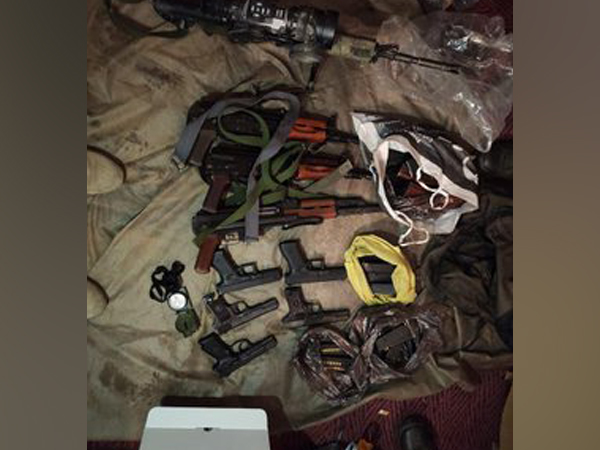 Srinagar (Jammu and Kashmir) [India], Feb 1 (ANI): The Jammu and Kashmir Police said that the three terrorists Jaish-e-Mohammed (JeM) terrorists killed in an encounter on Jammu-Srinagar Highway on Friday had Improvised Explosive Device (IED) ready to be used around Nagrota through a third person in a few days.

"Recovered from 3 Slain Pakistan terrorists of JeM today (January 31). They had an IED ready to be used around Nagrota through some third person in a few days. They had dumped it at a convenient location on Jammu-Srinagar Highway," the Jammu and Kashmir Police tweeted.
The police stated that huge quantities of sophisticated arms, ammunition and communication equipment were recovered.
The recovery includes AK rifles, pistols and armoured piercing steel core ammunition which can go through Level 3 protection bulletproof vehicles. (ANI)