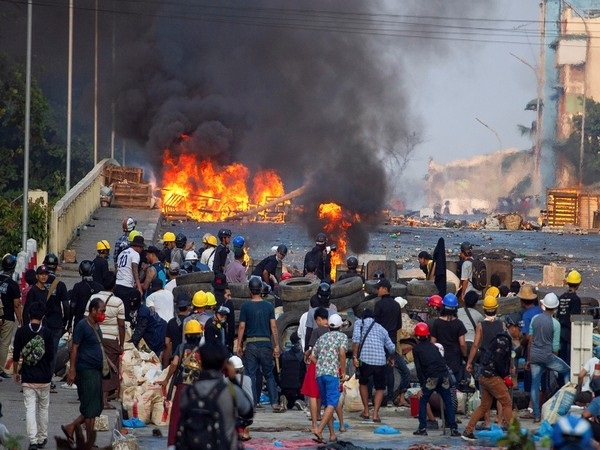 The fighting took place after junta soldiers launched a 'clearing operation' in the region, Radio Free Asia reported citing members of the People's Defense Force (PDF).
"At least 30 government troops, including a tactical commander, were killed Monday morning when a military convoy triggered landmines outside of Pale township," a PDF spokesman informer.
"We had been waiting for the convoy since [Sunday] as we heard a senior commander would be coming along," he added.
Myanmar has been in turmoil since the coup on February 1, when the Myanmar military led by Senior General Ming Aung Hlaing overthrew the civilian government and declared a year-long state of emergency. The coup triggered mass protests and was met by deadly violence.
In the more than eight months since the coup, military forces in Myanmar have killed 1,167 civilians while arresting at least 7,219 people in the country, as per data from Assistance Association for Political Prisoners (AAPP). The number of clashes between the Myanmar military and rebel groups has significantly increased, reaching 132 incidents of conflict in the last month alone.
These developments came after the armed opposition of Myanmar's military junta inflicted an increasing number of casualties on regime troops and knocked out more than 120 army-owned telecom towers in September, Radio Free Asia reported citing sources from the opposition. (ANI)