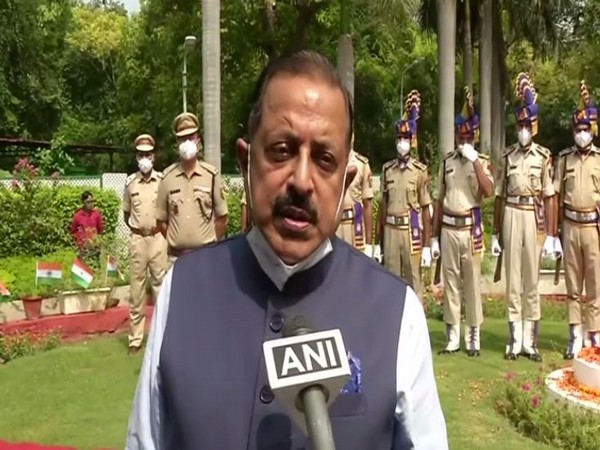 New Delhi [India], September 18 (ANI): Union Minister for Atomic Energy and Space Jitendra Singh on Thursday said there are 32 earth observation sensors with advanced capabilities, which are currently in orbit.

In a written reply in Rajya Sabha, the minister said a total of five earth observation satellites and five communication payloads were realised since January 2018.
"The information support was provided for all the major disaster events like floods, cyclones and forest fires occurred since January 2020," he said.
Singh added, "About 2,51,000 value-added data products were disseminated to users since April 2020. The value-added products comprise of geophysical and remote sensing data products derived using the data from meteorological, oceanographic and land remote sensing satellites."
The minister further said that the total number of satellites launched by the Indian Space Research Organisation (ISRO) which are not operational anymore and currently in orbit are 47. Of them, 26 satellites are in Low-Earth-Orbit and 21 are in Geosynchronous-Equatorial-Orbit. (ANI)