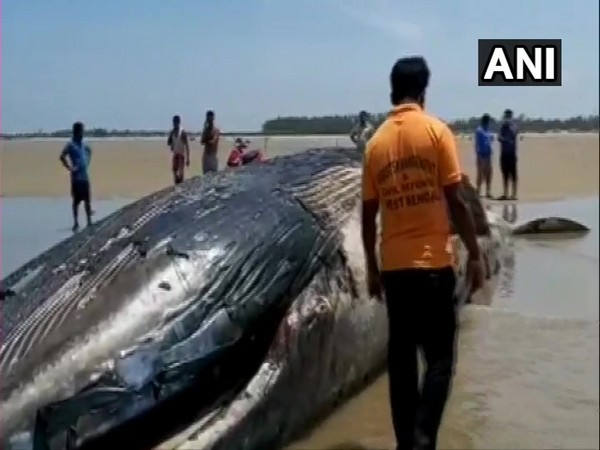 Biswaroop Das, Education Assistant of the Digha Science Center told ANI, "This is not an isolated episode as several similar incidents have occurred in the recent past. Earlier, in December 2012, a 45-feet-long whale weighing about 18 tons was found dead inside the deep sea about 40 nautical miles far from Digha coast. That whale was later dragged to the shore and it has been preserved in the Digha Marine Aquarium."
The carcass of the whale had multiple injury marks. Officials are ascertaining the cause of its injuries and death.
According to Das, it is possible that the creature died in a different area and the carcass was swept onto the Mandarmani beach.
Mandarmani beach is a popular tourist destination in West Bengal and is currently closed due to the COVID-19 pandemic. (ANI)