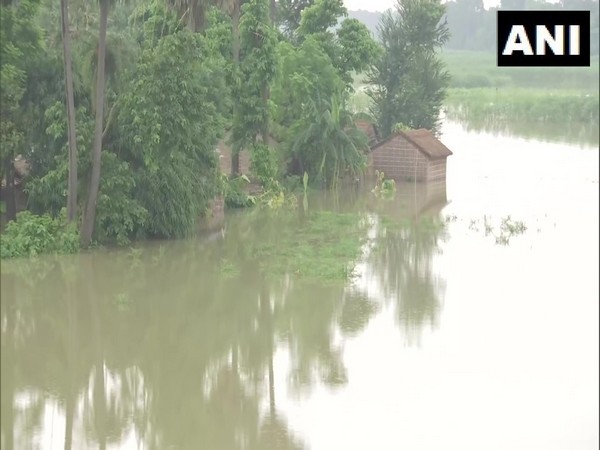 While 26 teams of National Disaster Response Force/State Disaster Response Force have been deployed in affected areas, according to the State Government.
In Muzaffarpur district, 8,77,138 people have been affected due to floods while in Supaul 81,198 people have been affected so far.
Meanwhile, the misery of people in Bihar is unexplainable after the waters of Gandaki and Bagmati rivers entered the parts of Muzaffarpur district following incessant rainfall in the region.
The houses of the people in the district have been submerged in the water. Following this, people have started moving to elevated places from the low lying areas.
Speaking to ANI, Ramdulari, a villager of Meenapur Block Area said, "Continuous water inflow has impacted our livelihood. Amid the ongoing flood situation, we are shifting to higher places in the village itself."
"It has been 4-5 days that the water has entered our houses. The administration has not provided any help yet and our children are not safe in this situation. It is becoming difficult for us to arrange food for our family," Raghuvir Chaudhary, a local said.(ANI)