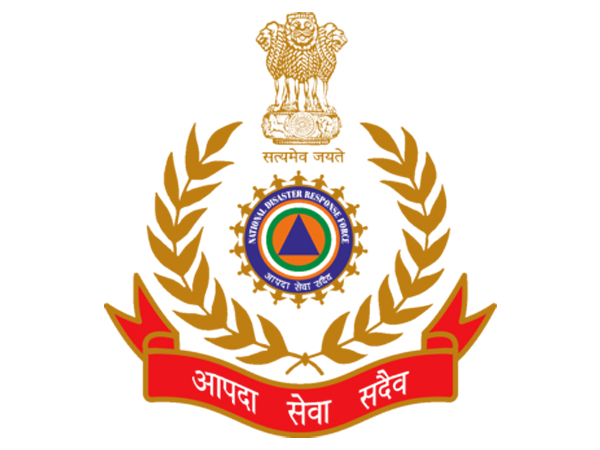 By Rajnish Singh
New Delhi [India], July 22 (ANI): In another step towards providing better security and relief to people amid natural disasters like floods and cyclones, four new battalions of National Disaster Response Force (NDRF) will be fully functional in the next one year with their bases in Jammu and Kashmir, Himachal Pradesh, Uttarakhand and the National Capital Region (NCR).

The Union Cabinet in August 2018 had allowed raising of four new battalions of the NDRF--Indian specialized force constituted for the purpose of a special response to a threatening disaster situation or disaster under the Disaster Management Act, 2005.
The Ministry of Home Affairs (MHA) issued an order in October 2018 for the sanctioning of four new Battalions in the NDRF that include two from the Indo-Tibetan Border Police Force (ITBP), one from Assam Rifles and one from Border Security Force (BSF). One battalion for ITBP is being raised for Himachal Pradesh and other for Uttarakhand while Assam Rifles's and BSF's Battalions are sanctioned for their bases in Ladakh and Jammu and Kashmir, and National Capital Region respectively.
One Battalion has completed its basic training and two Battalions of ITBP are undergoing basic training. One BSF Battalion is being inducted and the complete induction will be completed in the next one year.
"Currently, 12 NDRF Battalions are fully functional. Two years ago, the government of India had sanctioned four Battalions. Out of those four Battalions, three have been raised. One Battalion of Assam rifle has been fully trained and two Battalions of ITBP are likely to complete their training very shortly. One more Battalion of BSF has been partly inducted and complete induction will take place in the next one year," NDRF IG Amrendra Kumar Sengar told ANI.
Sengar further said that Assam Rifles Battalion have also started participating in rescue operations like other Battalions. "Unitedly, all the four new NDRF Battalions will be fully functional in the next one year."
With the complete induction of these four new Battalions, over 4,500 trained personnel will increase the supporting hand of the NDRF for its pan India operation during disaster like situations.
The raising of these four additional battalions of NDRF to strengthen India's disaster response set up at an estimated cost of Rs 637 crore. The aim is to reduce the response time, keeping in view the vast geographical area of the country, according to the statement.
NDRF presently has 16 Battalions (12 operational and four under raising). Each of the NDRF Battalion has the strength of 1,149 personnel. Each Battalion has 18 self-contained Search and Rescue teams, and the force has 28 Regional Response Centres (RRCs). Each team comprises specialised manpower like engineers, paramedics, technicians, electricians and dog squads.
Speaking on the current deployment of the NDRF teams following the request of many states in view of rainfall and monsoon, NDRF IG Sengar said, "We have deployed 119 teams in 26 states and three Union Territories (UTs) throughout India in present time."
Noting that as monsoon approaches every year, floods are reported from different places, Sengar said the NDRF conducts different meetings at the Battalion level with state governments and also with the district collectors just before the onset of the southwestern monsoon.
"In consultation with the state governments, all the Battalions are finalised what are the places where they will be prepositioned. At the Ministry of Home Affairs level, another meeting is conducted by the Joint Secretary and all the relief commissioners along with all the departments which are concerned with Disaster Management. Views of every stakeholder are taken."
This time, Sengar said the meeting was conducted under the chairmanship of Union Home Secretary Ajay Kumar Bhalla.
"One conference of SDRF is also organised every year by the NDRF in which all the relief commissioners and SDRF chiefs participate. This year, the meeting was conducted and the Minister of Home Affairs participated in it, and then we recalibrated our deployment. Based on the feedback of the state government, every year this deployment is done," Sengar added.
NDRF is a specialised force that was raised in 2006 for specific tasks of relief and rescue during natural and man-made disasters or threatening situations. The operational battalions are located in Assam, West Bengal, Odisha, Tamil Nadu, Maharashtra, Gujarat, Punjab, NCR (Ghaziabad), Bihar, Arunachal Pradesh, Uttar Pradesh and Andhra Pradesh. (ANI)