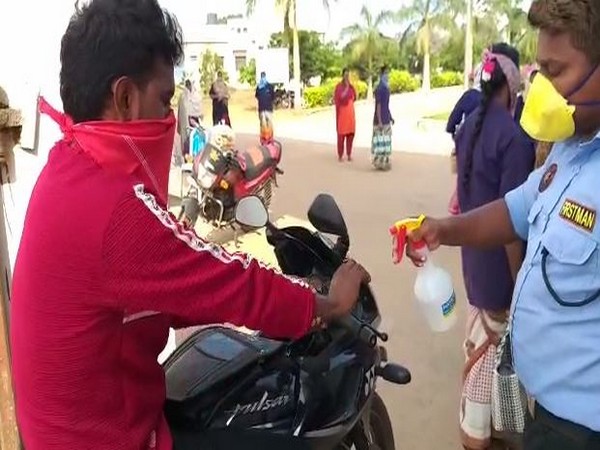 Krishna (Andhra Pradesh) [India], Mar 26 (ANI): As many as 44 people including students from Hyderabad have been allowed into Andhra Pradesh. They have been put up at K4 hostel of IIIT, Nuzidi, where a temporary quarantine facility for 330 persons has been created.

Telangana Chief Minister K Chandrashekar Rao and his Andhra counterpart YS Jagan Mohan Reddy held a discussion on Wednesday and agreed that all those who have reached the borders of Andhra Pradesh should be allowed into the state.
The two Chief Ministers also agreed to the point that the persons, who are still in Hyderabad, should stay there and should not be allowed to move.
The District Sub-Collector and the Deputy Superintendent of Police (DSP) supervised the shifting of these 44 people to the quarantine facility.
Andhra Pradesh has 11 confirmed cases of coronavirus so far, while the number in Telangana is 41 including 10 foreigners, according to the Union Ministry of Health on Thursday. The national figure stands at 649 and 13 deaths. (ANI)