5 kg of rice, 1 kg pulses per family under PMGKAY: Nadda 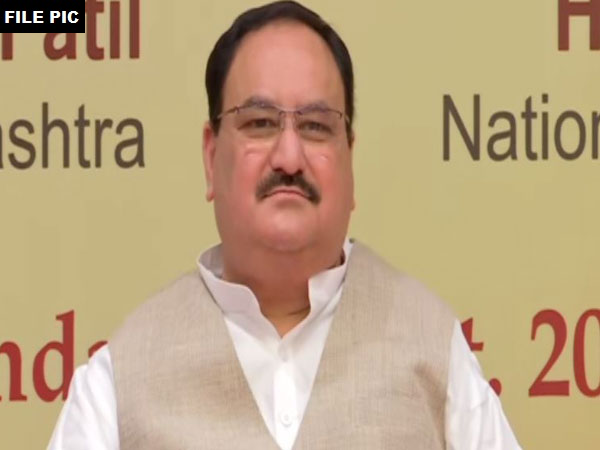 New Delhi [India], Mar 26 (ANI): Bharatiya Janata Party (BJP) president JP Nadda on Thursday said that five kg each of rice and wheat and one kg of pulses will be given to every family free of cost under the Pradhan Mantri Garib Kalyan Anna Yojana (PMGKAY).

"Additionally, every family will get one kilo free pulses. It shows our government's commitment towards the welfare of the poor," he tweeted in Hindi.
In a series of tweets, Nadda said, "Prime Minister Narendra Modi-led government has announced a big relief for the poor of the country in the hour of crisis. It is our resolve that no person should sleep hungry. The government announced a relief package of Rs 1,70,000 crore under the Pradhan Mantri Garib Kalyan Yojana."
He also said that the amount of the relief fund will be transferred via DBT fund to the needy.
"Transfer will be done through DBT for the relief amount released by the government directly to the needy. Farmers, labourers, poor women, disabled and senior citizens will be benefited and free gas cylinders will be provided for three months under the Ujjwala scheme," Nadda wrote in a tweet.
The BJP president lauded the Prime Minister for taking such an initiative in the hour of crisis as the country is under a 21-day nationwide lockdown to fight the spread of COVID-19.
"The Prime Minister has repeatedly asked the people to thank all the health workers engaged in our service, leaving everything in the hour of this crisis. Today, the government has announced a health insurance of Rs 50 lakh for the health workers. It will benefit 20 lakh people," Nadda said.
"I would like to express heartfelt gratitude to Prime Minister Modi on behalf of BJP workers, poor people of this country, farmers, women, youth, senior citizens and organised sectors of the country for taking such important decisions and announcing the relief package in this hour of crisis," he wrote in another tweet.
Earlier today, Finance Minister Nirmala Sitharaman announced a relief package for the poor and migrant workers amid the countrywide lockdown to mitigate the impact of coronavirus pandemic. (ANI)