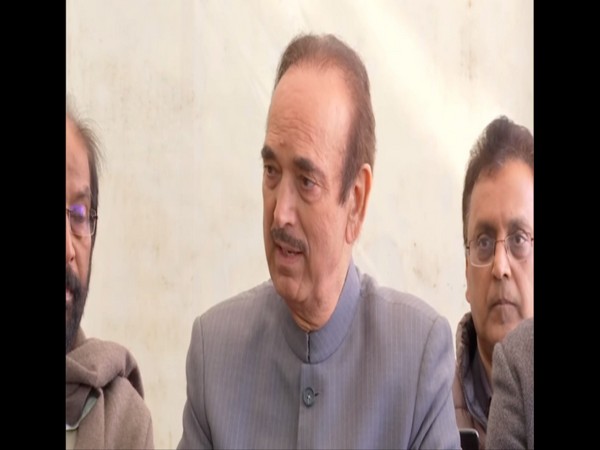 New Delhi [India], Feb 3 (ANI): Senior Congress leader Ghulam Nabi Azad on Monday attacked the central government over National Population Register (NRC) and said that around 50 to 60 crore people in this country would not be knowing their parents' date of birth.

Azad along with party leader Anand Sharma and leaders from DMK, NCP, RJD, CPM, CPI and TMC gave suspension of business notice in Rajya Sabha under rule 267 over "prevailing situation in the country".
"Ever since Citizenship (Amendment) Bill became an Act, the government, on different occasions, said that after this NPR and after that NRC will come. NPR was done earlier also, but the questions asked in it were usual... BJP is presenting this (NPR) wrongly, it is presenting it on the name of Hindu and Muslim (BJP isko galat tareeke se pesh karti hai, isko Hindu aur Musalman ke naam pe pesh karti hai)," Azad told media here.
"We all believe that Hindu and Muslim identities have nothing to do with it... I believe that there are 50-60 crore people in this country, who would not know the date of birth of their parents," he added.
Azad further stated that the BJP-led central government is dragging people into all these things as they did not fulfil any of their promises. (ANI)