52 pilgrims from Bihar, UP stuck in Rameswaram, Tamil Nadu due to lockdown 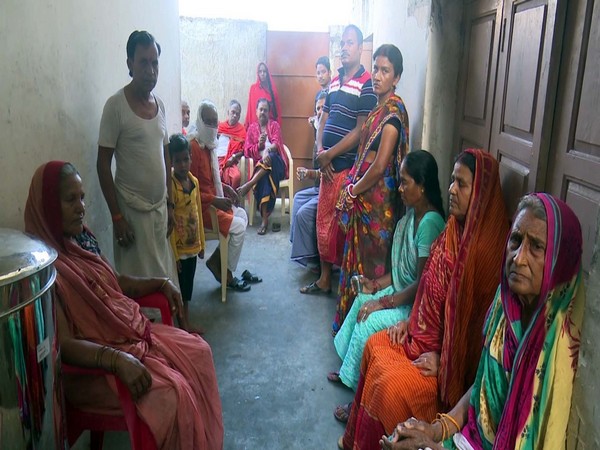 Ramanathapuram (Tamil Nadu) [India], Mar 26 (ANI): Fifty-two pilgrims from Bihar and Uttar Pradesh are stuck in the temple town of Rameswaram following the suspension of interstate rail and road traffic due to the nationwide lockdown imposed to curtail the spread of coronavirus.

The arrangements for their stay have been made at the Gujarat Bhawan and their food and other needs are being looked after by the managers of the institution along with the district president of BJP, K Muralitharan.
"Forty-two pilgrims from Bihar had come here to participate in the Ram Katha here. Ten devotees had also come from Uttar Pradesh for the same purpose. With both the road and rail traffic being suspended they are stuck here. The bigger problem is that they do not understand the local language, and can only talk in Hindi. We have, however, made arrangements for their stay at the Gujarat Bhawan and are ensuring that they get food and all other essentials. We will provide them with all they need till they are here," Muralitharan told ANI here.
The manager of Gujarat Bhawan, Suresh Mawani, added that the institution will ensure that their stay is hassle-free.
"Forty-two people from Patna and ten people from Uttar Pradesh have got stuck due to the trains and flights being cancelled. Till the time they are stuck here, we assure them that their stay and food will be provided by the Gujarat Bhawan," Suresh Mawani, manager of the Gujarat Bhawan told ANI.
Laxminarayan, a member of the group from Bihar, said that they were thankful for the help being provided to them.
"I came here from Patna to attend the Ram Katha which was scheduled to be held between March 16 and 26 here. Due to the coronavirus crisis, the program was suspended after three days. Following this our whole group, which majorly comprises of senior citizens, is being provided all the help by the officials at Gujarat Bhawan and the local social workers," Laxminarayan said.
The members of the group from Ayodhya too stated they were being given help.
They, however, wanted arrangements to be made for their retuen to their native place.
In his address to the nation on Tuesday, Prime Minister Narendra Modi announced a 21-day lockdown in the entire country beginning Tuesday midnight to deal with the spread of coronavirus, saying that "social distancing" is the only option to deal with the disease, which spreads rapidly.
According to the Health Ministry, the total number of positive COVID-19 cases in India has reached 649, this includes 47 foreign nationals. (ANI)