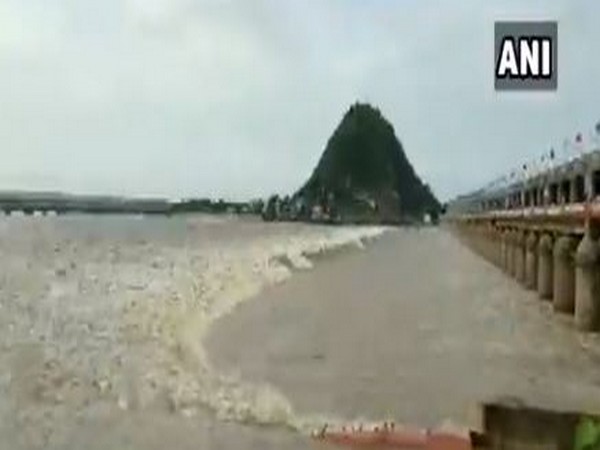 Vijayawada (Andhra Pradesh) [India], September 15 (ANI): Seventy gates of Prakasam barrage on Krishna river at Vijayawada on Tuesday were lifted to release a huge inflow of floodwater from upper areas, following incessant rainfall in the region.

The officials have alerted people living in low-lying areas and set up control rooms in all divisional offices.
Andhra Pradesh has been witnessing incessant rainfall since the past few days.
The India Meteorological Department bulletin said "heavy to very heavy" rainfall is expected in coastal parts of the state along with several southern states including Kerala and Telangana.
On Monday, a road in Guntur's Vennadevi area was washed away due to heavy rainfall. This caused hampering of transport from Guntur to Hyderabad and from Guntur to Macherla. (ANI)