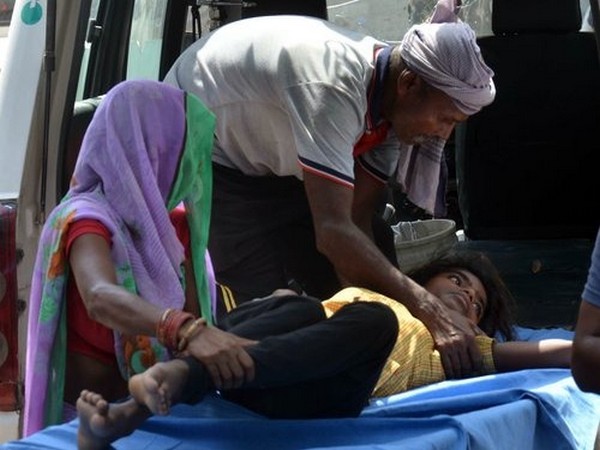 Muzaffarpur (Bihar) [India], September 16 (ANI): A total 11 out of 76 children admitted to the Sri Krishna Medical College and Hospital (SKMCH) in Bihar's Muzaffarpur due to acute encephalitis syndrome (AES) have died, the hospital said on Wednesday.

As per the hospital's report, a total of 60 children were discharged so far after recovering post-treatment from the hospital.
Two children are admitted to the Pediatric Intensive Care Unit (PICU) in the hospital.
Last year over 140 children died due to AES in the district.
AES is a viral disease that causes flu-like symptoms such as high fever, vomiting and in extreme cases, brain dysfunction, seizure, and inflammation of the heart and kidney. (ANI)