80th all India conference of presiding officers to be held at Kevadia: Om Birla 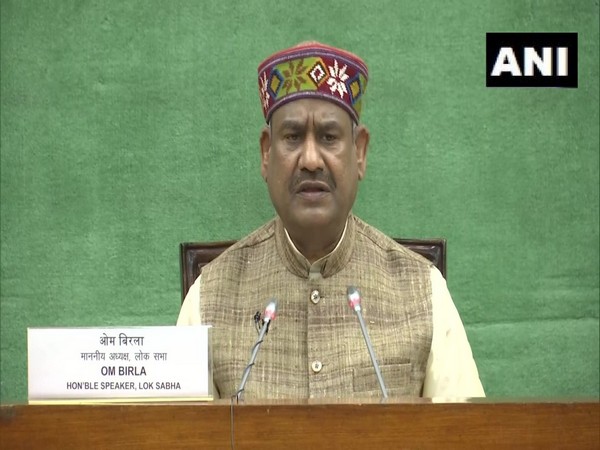 "November 26 is the 71st anniversary of Constitution Day. On this occasion, the 80th All India Presiding Officers' Conference is being organized in Kevadia, Gujarat. It will be held from November 25 to November 26," Birla said at a press conference here.
President Ram Nath Kovind will inaugurate the conference which is dedicated to safeguarding constitutional values.
The theme for this year's Conference is `Harmonious Coordination between Legislature, Executive and Judiciary- Key to a Vibrant Democracy'.
The event will also be attended by Vice President M Venkaiah Naidu, Gujarat Governor Acharya Devvrat, Chief Minister Vijay Rupani and presiding officers from various states.
The valedictory address will be given by Prime Minister Narendra Modi.
Birla said that during the conference, presiding officers of legislatures will discuss the need for better cooperation and coordination between the three pillars of democracy.
He said that on Constitution Day, all delegates at the Conference will also recite the Preamble to the Constitution under the leadership of Prime Minister Narendra Modi. The conference will adopt a resolution at the closing ceremony. An exhibition on Constitution Day would also be held.
Kevadia is home to the world's tallest statue, the 'Statue of Unity'.
The Speaker said that the participants will take a pledge to make the legislature, executive and judiciary strong and accountable in accordance with the values of the constitution.
"Our collective effort is to maintain constitutional balance which is necessary for harmonious co-existence between various organs of government and sustainable development of democracy in the country," he said.
Birla said that the Prime Minister will on November 23 also inaugurate 76 newly constructed residences for Members of Parliament which have been built within 27 months at a cost of Rs 188 crore.
These residences are in the form of three multi-storeyed towers, which have been named after the rivers -- Ganga, Yamuna and Saraswati, the Speaker said.
He said that the initial work for the construction of a new Parliament building has also started.
"I hope we will conduct a session in the new Parliament in the year 2022 when we celebrate 75 years of independence. Comprehensive arrangements have been made to ensure that no pollution is caused by the construction," he said.
Speaking about the previous session of the Parliament, Birla said that 25 Bills were passed in the Parliament despite the COVID-19 pandemic. "It was a productive session as we got more work done in a smaller period of time," he added. (ANI)