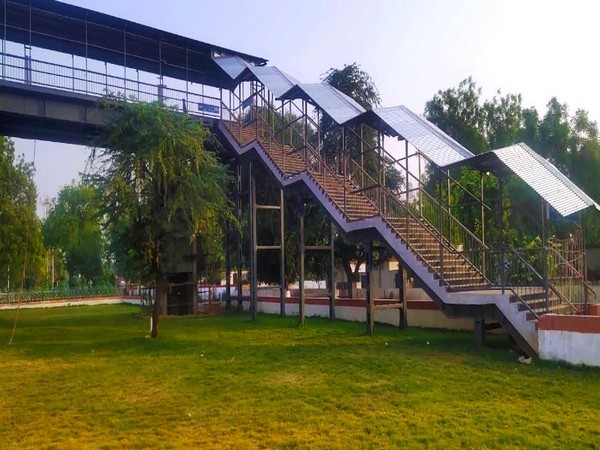 "A foot overbridge (FOB) constructed by the Delhi Metro Rail Corporation (DMRC) to connect Samaypur Badli Metro station with the nearby Badli Railway station and Samaypur village has now been opened for public movement," said the DMRC in a press release.
The FOB is 6.1 metres wide and will be of immense benefit to the residents of Yadav Nagar and Shiv Vihar Colonies of Samaypur, who will be able to use the facility to reach Samaypur Badli Metro station as well as Badli Railway station.
The release further said: "The 88-metre long FOB connects the concourse of Samaypur Badli Metro station on Yellow Line with the Platforms 1 and 2 of Badli Railway station of Northern Railway."
A ticket counter has also been constructed in the Metro Station at concourse level to facilitate Indian Railway passengers.
"In addition, the approaching entry gate from the main road towards Platform No. 2 and the green area around staircases have also been redeveloped as per the requirements of Northern Railway," the release said further.
Presently, a number of stations on Ring Road, Outer Ring Road, Noida, Ghaziabad, and Old Delhi have such facilities. (ANI)