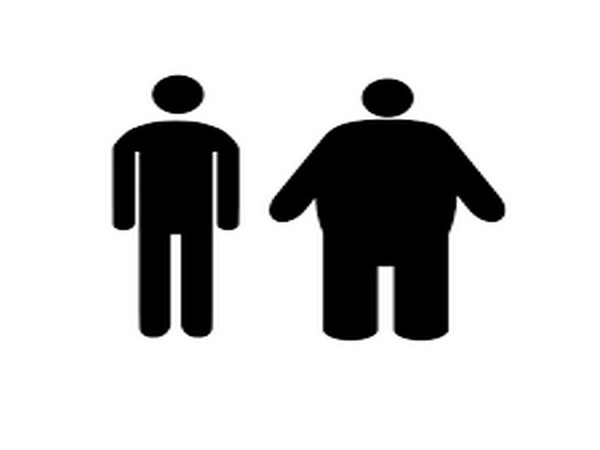 Washington DC [US], Jan 11 (ANI): Researchers have found that the depletion of iRhom2 protein in mice contributes to less fat in the body and increases energy consumption in fat depots known as adipose tissue.
Obesity is becoming increasing in the global range, a disease that has been seen to be a serious public health issue. Nearly half of the population in Portugal is overweight and nearly 1 million adults have obesity. Known as a cardiovascular and diabetes risk factor, obesity is associated with chronic fat tissue inflammation.

Colin Adrain who is a principal investigator of the research said, "During the research, they found that "iRhom2 protein is strongly present in metabolic tissues and organs, which made us decide to study the role of iRhom2 in obesity in more detail."
The study published in the Molecular Metabolism journal demonstrated how the researchers reached the results, they used an animal model, comparing groups with iRhom2 deletion to controls, and feeding them with a normal diet versus a high-fat diet.
Surprisingly, they found that during obesity, iRhom2 protein levels increase specifically in brown adipose tissue in obese animals compared to controls. Following up on this, they found that, on a high-fat diet, the animals lacking iRhom2 protein were metabolically more healthy than their wild type counterparts.
Marina Badenes, who is the main author of the paper, explained that "the deletion of iRhom2 led to enhanced energy consumption in adipose tissue, which protected animals from fat accumulation and inflammation, fatty liver and insulin resistance when the animals were placed on a diet that predisposed them to obesity".
Furthermore, the researchers found that "at the cellular level deletion of iRhom2 leads to an increase in thermogenesis (heat production) in brown adipose tissue. Thermogenesis in brown adipose tissue is an important physiological mechanism to consume excess body energy".
Interestingly no deleterious side effects were found in the animals with iRhom2 deletion, indicating that blocking iRhom2 may potentially be beneficial in the treatment of obesity and associated complications.
However, Researchers intend to further explore the mechanisms and types of cells involved in obesity control iRhom2 and to identify the specific targets involved in the protection against obesity-associated with loss of iRhom2. (ANI)