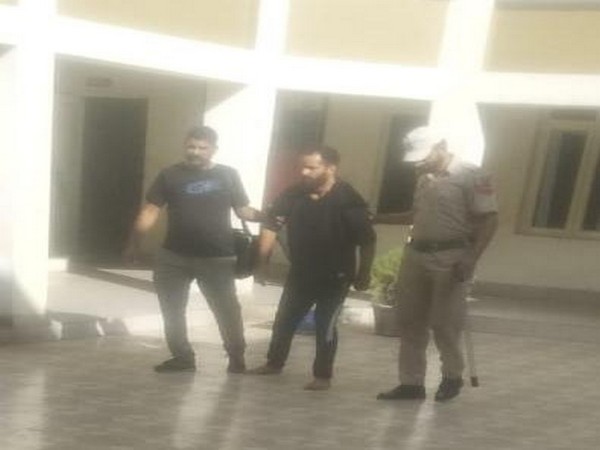 Srinagar (Jammu and Kashmir) [India], October 13 (ANI): The accused detained in the weapon-dropping case of Phallian Mandal is associated with Lashkar-e-Taiba (LeT), said Jammu and Kashmir Police on Wednesday.

According to the police, the accused, identified as Irfan Ahmed Bhat, is a resident of Verinag in the Anantnag district.
The Jammu and Kashmir police detained Bhat on Tuesday. As per information shared by police, the detainee is associated with Lashkar-e-Taiba (LeT) and has confessed to having been in touch with handlers.
He had come here to receive the consignment which was already seized by the police, the police said.
Jammu and Kashmir Police, earlier on October 2, recovered an AK-47, a night vision device, three magazines, and ammunition, which were dropped by a drone as was evident from the packing, from Phallian Mandal in Jammu.
More details in the matter are awaited. (ANI)