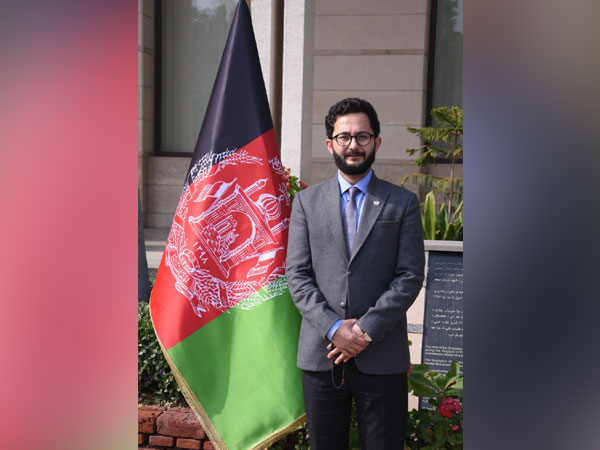 New Delhi [India], January 21 (ANI): Digging Deeper: The Afghan society and economy are witnessing some cumulative, yet, major transformations pertaining to its ever amplifying active participation of youth in the social, cultural, and political realms and its surging trade and commerce catering to the domestic as well as international markets. Although, the contesting element of aspiring demographic dividend vis-a-vis security challenges in the country is aptly acknowledged internationally, there are some other vital changes that have occurred that have gravitated little or no attention of the world but have the potential to reshape, revamp, and reorient the future economic, social, and security roadmap of Afghanistan. While the country is already embarking on further propping up its efforts to make way for a stable and sustainable peace, there are some developments worth considering that are only strengthening and solidifying such undertakings. A couple of days back, the International Taste Institute-- a Belgium-based institute for the evaluation and certification of consumer food & beverages-- re-throned Afghan Saffron with the crown of the top spot globally consecutively for the eighth year. It's worth exploring the impact of saffron cultivation in the country and its prospects.

Precursor to Prosperity:
2020, the year plagued by medical exigencies amid Corona pandemic, gravely impacted the global economy, to which no nation stood as an exception. Yet, the beginning of this year reaffirmed the positive outlook for Afghan saffron growers. First, Afghanistan retained its feat of producing best quality and taste of saffron for the eighth year in a row. Secondly, as more and more provinces are adopting saffron cultivation in the country, the menace of notorious poppy cultivation, by contrast, is reducing. By December 2019, 23 out of 34 provinces in Afghanistan that had grown poppies previously started saffron cultivation. Third, the production of saffron is lucrative and even more remunerative in the domestic and global market as compared to opium. Fourth, Afghanistan, with its 12.8 per cent market share in the global exports, holds third position, after Iran and India, in producing saffron, which has a potential to pull millions out of poverty and fetch millions of dollars of income for farmers, boosting the overall economy of Afghanistan in a big way. 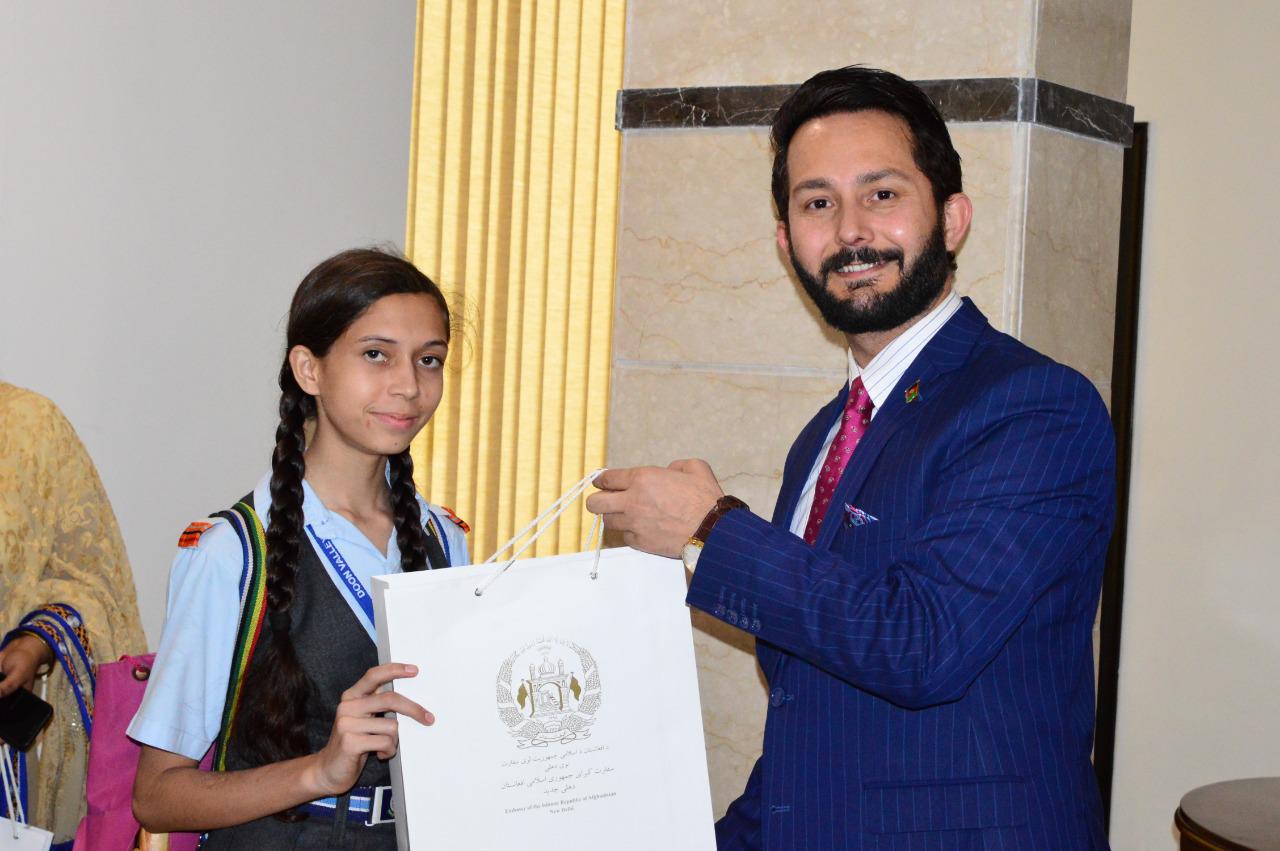 Cradle of Hope:
Commonly known as the "Red Gold" of Afghanistan, saffron production in Afghanistan has multiplied manifolds in the last few years. In 2018, its total global export valued at USD 21.25 million, and in 2019, it reached USD 28.94 million. Out of this, USD 15 million and USD 17 million worth of saffron was exported exclusively to India in 2018 and 2019 respectively. Being one of the world's most expensive spices, saffron invariably could help the country bring home the bacon economically and socially. It's important to note here that saffron can effectively thwart the direct and indirect impact of opium production in the country, thereby checking the security threats that may arise out of poppy cultivation. It is for this reason that saffron is uniquely positioned to be a sustainable poppy alternative in the country. Further, the saffron plant is drought-resistant and requires very little water. This is one of the biggest advantages of growing saffron in Afghanistan, where droughts are common. In addition, as most crops require a chunk of land for their cultivation or farming, saffron, in contrast, does not require much land to grow the crop, making it an accessible enterprise for millions of farmers in the country.
Precisely for such reasons, the Afghanistan National Export Strategy 2018-2022 has prioritized saffron development. To complement this, the International Trade Centre (ITC) is also delivering training as part of the European Union-funded Advancing Afghan Exports Programme and ITC's own Ethical Food and Fashion Initiative in Afghanistan. The importance of saffron is well recognized in the top echelons of the Afghan administration and is well reflected in the policies put out for the development of the same. The potential benefit of promoting Afghan saffron could very well outweigh the explicit and probable benefits for the farming sector.
Saffron Diplomacy:
Since 2001, the substance is making its way to the diplomatic protocols worldwide.
When I joined the Afghan Embassy to India as the Charge d'Affaires, I launched an initiative called "Saffron Tea with the Afghan Embassy", where I invited various traders, journalists, economic experts and friends of Afghanistan over a cup of saffron to promote this spice.
Saffron diplomacy is a shining example of Afghanistan's displaying diplomatic strength with Afghan diplomats making sure the spice plays a soft power to introduce the image of a new Afghanistan. 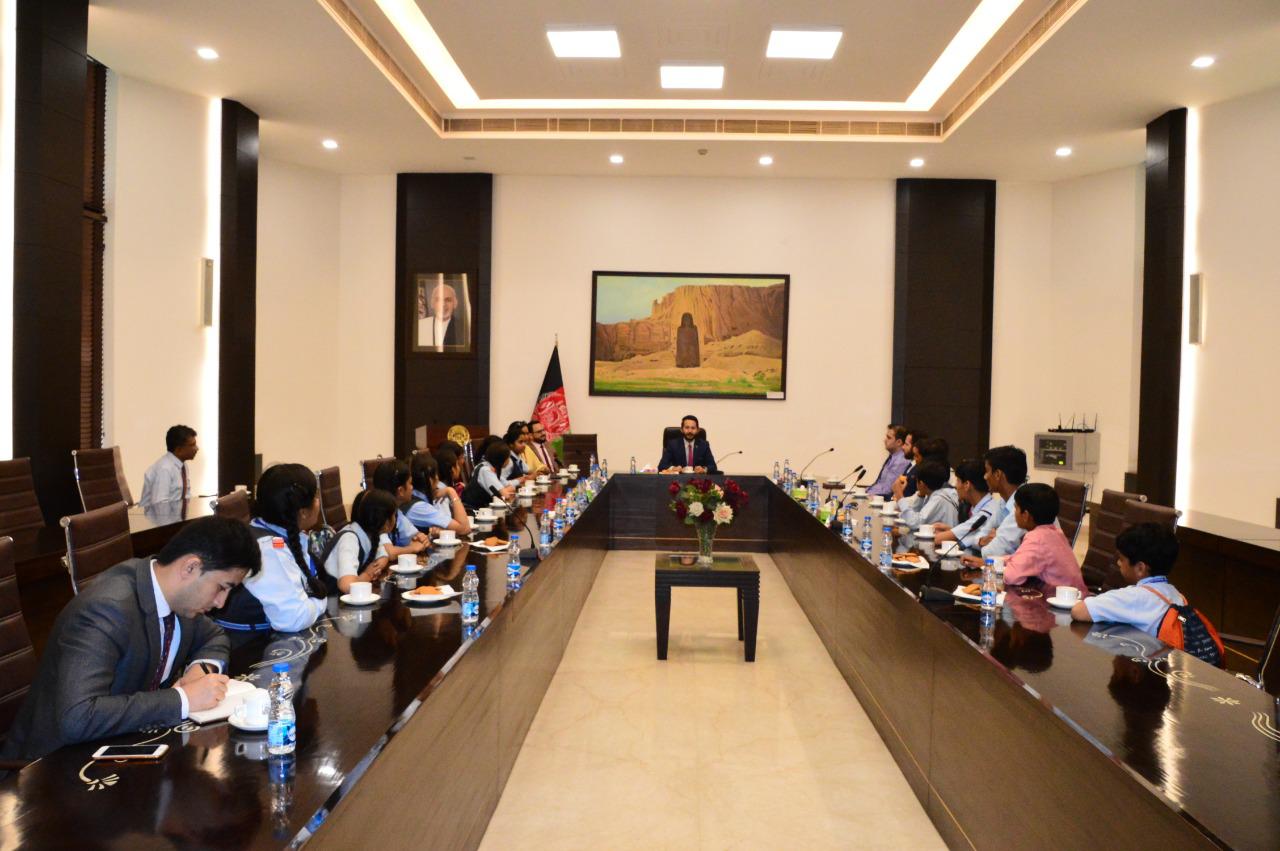 Way Forward:
Despite all the trails and tribulations that Afghan farmers are confronted with in the past few decades, including various wars and natural disasters, the saffron production industry remained promising. Today, it is poised to be the beacon of hope for a prosperous future, having the potential to render millions of farmers self-reliant, give economy a big boost, and usher riches to a large rural population, which is about 74 per cent of the population of the entire country.
In order to support the cultivation and export of this national treasure, HE President Ashraf Ghani banned the import of low quality saffron from the world, which led to doubling the price of Afghan saffron in national and international markets.
President Ghani has hailed it as a hallmark of Afghanistan which could change the image of the country internationally.
Let the delicate flavour and the fiery color of the red gold continue seasoning dishes from French bouillabaisse to Italian risotto to Spanish paella and to the Indian curries and desserts.
About the Author:
The author is the Charge d' Affaires of the Embassy of the Islamic Republic of Afghanistan to India. He is also a Co-Chairperson of India-Afghanistan Foundation (IAF). He is an internationally recognized award-winning journalist with 18 years of experiences across various spheres of management, media and public policy development. Tahir Qadiry holds a Master's Degree in Global Governance and International Public Policy from the University of London, UK. He is an incumbent PhD scholar from OP Jindal Global University, India, undertaking a comprehensive research project on scrutinizing Afghanistan's relations with India in the context of regional powers. (ANI)