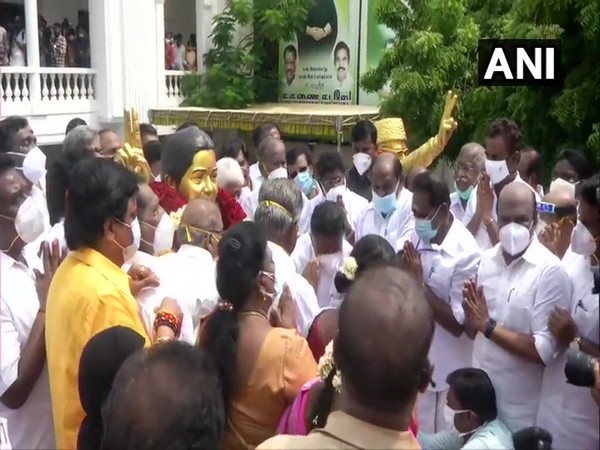 Several other party leaders were also present at the event celebrating the ruling AIADMK stepping into its 49th year. Tamil Nadu Minister and AIADMK leader D Jayakumar, addressing the event, expressed confidence that the party will win the 2021 Legislative Assembly Elections.
"Today, we celebrate the foundation day of AIADMK. Next year is our 50th year. The AIADMK government, which had ruled in Tamil Nadu for many years, will continue in power after 2021 as well. The time of Congress and DMK is over," Jayakumar said.
Asserting that AIADMK is a government that stands for social justice, he said that the party will fulfill the dream of former Chief Minister Jayalalitha. "That is why our higher education minister has said that the institute of eminence is not needed for Anna University," he said.
The Tamil Nadu government had yesterday said it will not accept the Institute of Eminence (IoE) status offered to Anna University, as it would affect the 69-per cent reservation in the state-run varsity, brought in by former chief minister late J Jayalalithaa "after a long battle".
State Higher Education Minister KP Anbalagan had said if Anna University, the state's Tamil Nadu's largest technical university, gets the IoE recognition, it will have to stop the reservation system, and the process could also lead to an increase in the fee structure. (ANI)