AIADMK not to stake claim to form government in Puducherry, says party leader 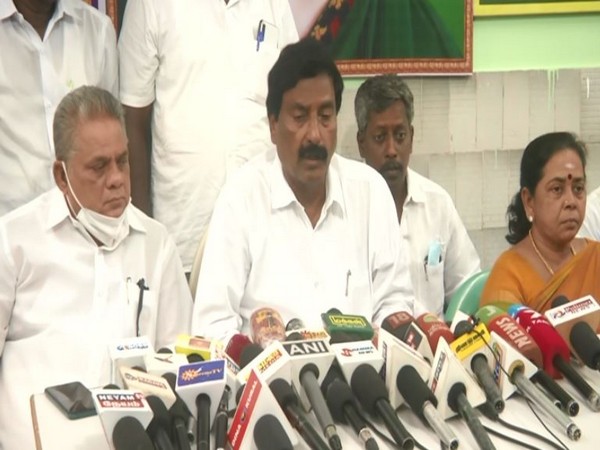 Puducherry [India], February 23 (ANI): All India Anna Dravida Munnetra Kazhagam (AIADMK) leader A Anbalagan on Tuesday alleged that Chief Minister V Narayanaswamy is falsely accusing the opposition of toppling his government "to gain sympathy" of people and that the party will not stake claim to form the government in the union territory.

Addressing the media in Puducherry, Anbalagan said if his party wanted to break the Congress-Dravida Munnetra Kazhagam (DMK) alliance in the state, it would have done that three months ago. "But in accordance with our party policy, we didn't do that," he said.
He said people should understand why Narayanswamy walked out of the Assembly ahead of the trust vote.
"After walking out, Narayanswamy said that the Speaker didn't perform his role. Now Narayanswamy is blaming the opposition. We had nothing to do with their party MLAs," he said.
Anbalagan alleged that the DMK and Congress alliance in Puducherry was not doing well and a "good leader" like Narayanswamy should have voluntarily submitted his resignation.
He also said that his party has no intention of staking claim to form an alternative government in the Union Territory.
"In 10 days election dates will be announced. We will face the election and democratically form the government."
Puducherry Chief Minister V Narayanaswamy submitted his resignation to Lieutenant Governor Tamilisai Soundararajan yesterday after losing the majority in the Assembly. (ANI)