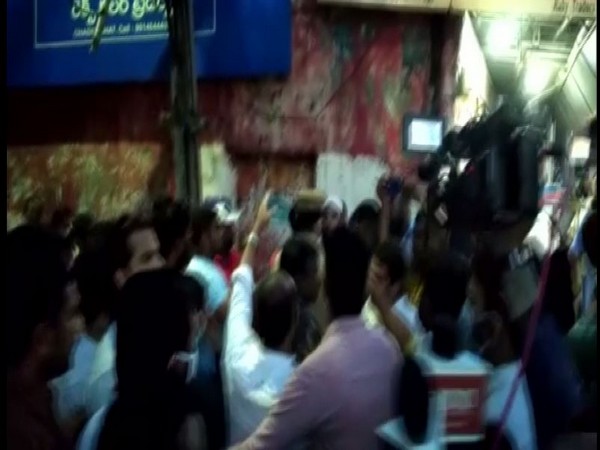 Hyderabad (Telangana) [India], October 18 (ANI): Workers of the Congress party and AIMIM party were involved in a scuffle on Sunday after leaders of both the parties visited the flood-affected areas in Chaderghat area of Telangana's Hyderabad district.

Many houses on the bank of River Musi have been submerged in flood water flowing heavy rain in the state.
Congress leader and former minister Shabbir Ali visited the area after which several AIMIM Party leaders and workers gathered and a heated argument took place between both the party workers.
Later the police intervened to disperse all of them from the location. (ANI)