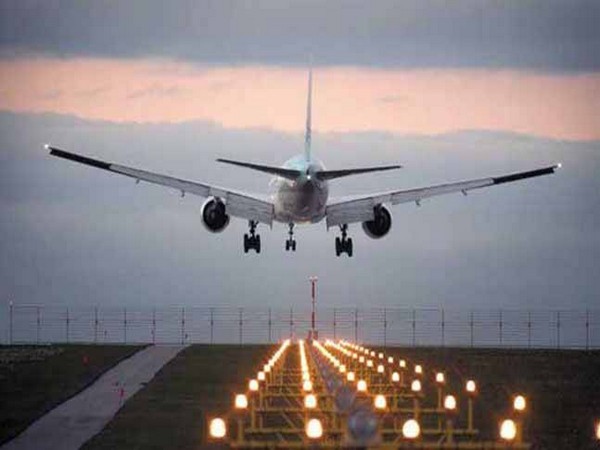 Hyderabad (Telangana) [India], October 13 (ANI): GMR Hyderabad International Airport Limited (GHIAL), led by GMR Group on Wednesday welcomed the Tata Sons emerging as the successful bidder for Air India and said that the acquisition will expedite the expansion momentum and open doors for aviation businesses in the emerging southern market.

"The acquisition of Air India by the Tatas brings in the much-needed financial strength to the airline. The sale of AI is good for the aviation industry and businesses. With this development, GHIAL is envisioned to be a major travel hub for people travelling from Southern and Central India. The acquisition will expedite the expansion momentum and open doors for aviation businesses in the emerging southern market," the official release by the airport said.
GHIAL and Air India have enjoyed a strong relationship over the last few years. Air India recently launched two new non-stop international flights from Hyderabad International Airport successfully. The first flight was launched from Hyderabad to Chicago in the United States followed by another maiden flight to Heathrow in London.
With this new development, GHIAL and Air India intend to work more closely and bring synergies to maximize the potential of cooperation between the two entities.
Hyderabad International Airport has a huge number of origin-destination traffic travelling every year to the US, Europe, Australia, SE Asia to name a few. With the limited number of direct connectivity to the US and Europe, Air India with a combination of wide body and narrow body aircraft mix will have extensive opportunity to connect multiple destinations in the US, Europe, and Australia.
As one of the fastest-growing airports in India, Hyderabad International Airport embarked on a major expansion to cater to the rising demand in passenger traffic and augment the passenger handling capacity to the next level. Air India can leverage this development at Hyderabad International Airport in the coming years.
As a world-class airline, Tata acquired Air India with its full-scale better service delivery, which would act as a catalyst for more passenger traffic for Hyderabad International Airport. Air India possesses prime slots at most of the International airports and this would further leverage passenger footfall to India.
Air India could bring in the most anticipated long-haul connectivity to the Hyderabad International Airport. Also, Air India could augment its fleet to wide-body aircraft to connect to long haul destinations
Along with Vistara and Air Asia, the Tata acquired Air India would be able to offer services across segments of passengers catering to the diverse needs of passengers from Hyderabad and other southern states.
With a strong presence across the hospitality and IT sector as well in its portfolio, Tata's would be able to deliver an integrated service offering that could match international carriers in terms of service quality at affordable prices, which is a value add that can cater to budget and service conscious passengers.

In the past few years, Hyderabad International Airport has emerged as the most attractive hub in South and Central India for passengers from its primary and secondary catchment cities who transit through Hyderabad to other domestic and international destinations. This figure in FY'10 was a mere 5 per cent and has crossed the 20 per cent mark in FY' 20, the release by Hyderabad airport said. (ANI)