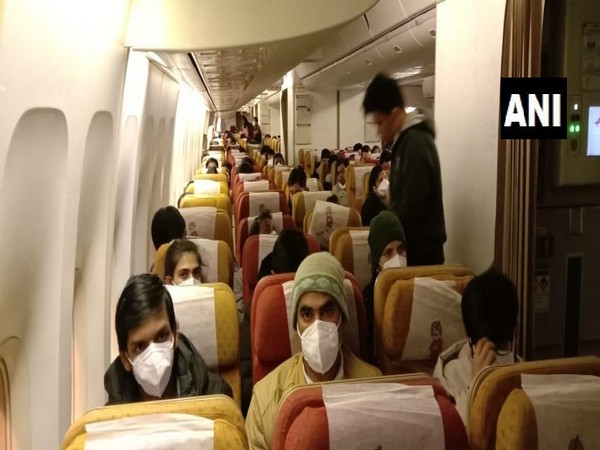 Wuhan [China], Feb 01 (ANI): A special Air India flight carrying 324 Indians on board took off in the wee hours of Saturday (local time) from Wuhan which emerged as the epicenter of coronavirus outbreak.

Boeing 747 Jumbo aircraft is bringing the 324 people, mostly students, who were stranded in the coronavirus-hit Chinese city, an Air India spokesperson said.
According to the Ministry of External Affairs (MEA), the number of Indians in the Hubei Province is around 1,200 people.
The passengers will be kept in isolation for 14 days at the ITBP centre in Chhawla in the national capital upon their arrival.
The Safdarjung Hospital has kept 50 beds for critical patients, Ministry of Health and Family Welfare, Special Secretary (Health), Sanjeeva Kumar said on Friday.
India has been waiting for China's approval for repatriating Indians from Wuhan city in Hubei Province. The MEA has established contacts with over 600 Indians across the province and said it is individually ascertaining their willingness to travel back to India.
The first case of coronavirus was reported in December. Since then, the virus has spread rapidly claiming 213 lives in China alone. The cases have been reported in several parts of the world including India.
In order to prevent the further spread of the virus, Chinese authorities put on lockdown in more than a dozen cities affecting the movement of 56 million people.
The flight includes all necessary resources like masks, medical equipment, packed food, prescribed medicines, along with a team of five doctors from the Health Ministry, and paramedical personnel from Air India, Air India Chairman, and Managing Director Ashwani Lohani told ANI on Friday.
Twenty crew members, including 15 cabin crew and five cockpit crews are on board.
Lohani also said that the team of doctors and crew will be led by Air India's Director of Operations Captain Amitabh Singh. (ANI)