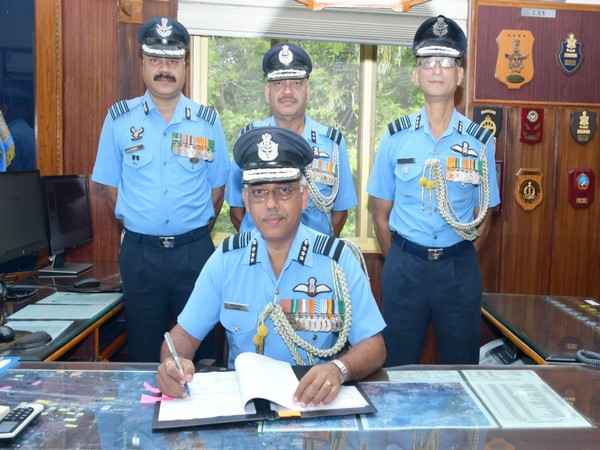 An alumnus of National Defence Academy Khadakwasla, Defence Services Staff College Wellington and National Defence College New Delhi, Air Marshal IP Vipin was commissioned in the Flying Branch of Indian Air Force in June 1982. The Air Marshal has over 6000 hours of flying experience on different types of transport aircraft, trainer aircraft and gliders, the Ministry of Defence said in an official release.
In his career spanning over 38 years in the Indian Air Force, he has held a number of Instructional, Staff and Command appointments. His instructional tenures stints have been at National Defence Academy, Basic Flying Training School and the Fixed Wing Training Faculty at Air Force Station Yelahanka. He also served at the National Defence College, New Delhi as Senior Directing Staff. He has been an Air Force Examiner at the Aircrew Examining Board, the release added.
The Air Marshal has held important staff appointments at Air Headquarters and Command Headquarters. The Air Officer has commanded two Transport Squadrons and a premier flying Base of the IAF. He was Commandant of the prestigious National Defence Academy, Khadakwasla. Before taking over as Commandant of AFA, he was Senior Air Staff Officer at HQ Central Air Command, Prayagraj.
For his distinguished service and professionalism of very high order, the Air Officer has been conferred with the Presidential award of Vayu Sena Medal. (ANI)