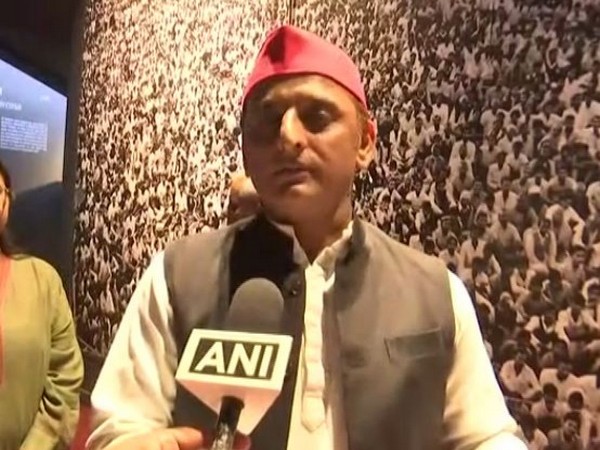 "There is no law and order in Uttar Pradesh. I have earlier said that the state has become 'hatya pradesh'. The criminals have been given a free hand from the government. There is no prosecution against the culprits. How will justice be ensured when the government itself is saving the criminals?" he told ANI when asked to comment on the alleged Pushpendra Yadav encounter case.
Pushpendra, a youth, was shot dead in the alleged encounter in Jhansi on October 5. He was accused of undertaking illegal sand mining in the area, according to the police.
Akhilesh said that the police is yet to furnish a postmortem report to the kin's family.
"The government is more interested in how to save the culprits. Police should tell at what time the encounter took place. Why the postmortem report has not been shown to the family? The government should answer this," Akhilesh remarked.
On Thursday, Akhilesh had alleged that Pushpendra's encounter was fake.
"The whole Bundelkhand knows this was a fake encounter. In the name of an encounter, a youth was brutally killed. The police say he was running away after stealing a car. There must be some proof of that, in every police station. There are CCTV cameras installed. Let the police show his footage," he had said at a press conference in Jhansi.
However, the police deny the allegations.
In a tweet, the Jhansi Police, had released a record of crimes attributed to Yadav.
The charges include criminal intimidation, enticement, taking away or detaining a married woman with criminal intent.
The cops also claimed that his truck was fined twice in 2018 for illegal mining with the latest chalan as recent as September 29 (ANI)