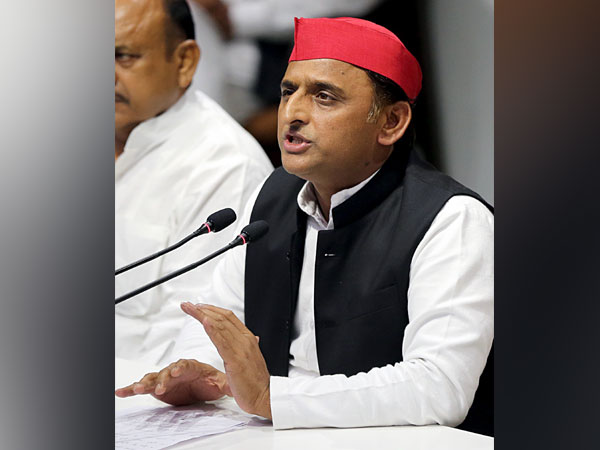 New Delhi [India], Sep 12 (ANI): Samajwadi Party (SP) chief Akhilesh Yadav on Thursday slammed the Centre for imposing steep penalties for traffic violations stating that the new rules are "anti-people" and "oppressive".
Taking to Twitter, the former Uttar Pradesh Chief Minister tweeted in Hindi, which said "Those BJP-ruled states, which are not following the new Chalan rules, clearly shows how anti-people and oppressive the decision is. That is why these states could dare to challenge so-called decisive leadership. This is the beginning of opposition to BJP's power centralization."

Amid public outcry over new provisions in the amended Motor Vehicles Act, Union Transport Minister Nitin Gadkari on Wednesday stated that hefty fines were not imposed to generate revenue for the government but to save lives of the people.
"We are implementing this to create respect and fear for the law so none can do such type of thing. That is the reason behind it. If you obey the law, you don't have to give any fine. 30 years before, the fine was 100 rupees. Now what is the value of Rs 100 today?" the Union Minister had told ANI. (ANI)