All eyes on Lt Governor in Puducherry, Congress accuses BJP of bringing down its government 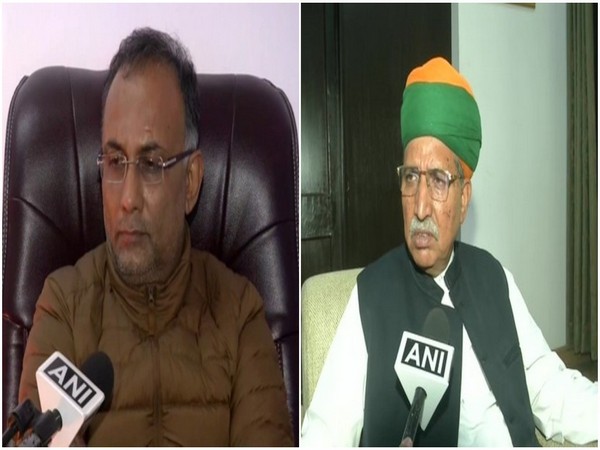 By Pragya Kaushika And Siddharth Sharma

New Delhi [India], February 22 (ANI): Hours after Puducherry Chief Minister V Narayanasamy resigned following the loss of majority in the assembly, both the BJP and Congress traded charges and expressed confidence of forming a government in assembly polls likely to be held in April-May this year.
All eyes are on Lt Governor Tamilisai Soundararajan with BJP apparently not keen to stake claim to form an alliance government weeks before an impending election. Congress accused the BJP of bringing down its government using "unethical and anti-democratic means".
Congress leader Dinesh Gundu Rao, who is in charge of Puducherry, said the developments in Puducherry were "murder of democracy" and said the party will go to the people.
"BJP has used unethical and anti-democratic means. It does not have support. They do not get votes in Puducherry. They are using the Income Tax department, ED CBI to topple the government," he alleged.
Rao also accused BJP of "threatening MLAs" and said people of the union territory "know everything".
"There is huge dissent and people will give a reply in the assembly elections. We are very confident and upbeat. We will go to the people and will win the elections. We have an alliance," he said.
Asked why Congress MLAs left the party, he asked why did they not resign earlier.
"Why didn't they say anything in the last five years if they were unhappy. Why did they not talk about dissatisfaction? They are going just because they are being lured and threatened by BJP," he alleged.
Union Minister Arjun Ram Meghwal, who is BJP in charge of Puducherry, rejected allegations of Narayanasamy about toppling his government and expressed confidence of forming government in April-May.
BJP leaders claimed there are many people from Congress and other parties willing to join the party and it will form a government after assembly elections.
Narayanasamy did not answer questions about forming an alternative government and said the matter was with the LG.
"Everything is in LG's hands as Narayanasamy did not face the no-confidence motion. He has tendered the resignation. We are confident that we will form government in May," he said.
Asked about the possibility of imposition of the President's Rule, he said they were waiting for a decision by the LG.
Congress government came into the minority after two more MLAs resigned bringing down the numbers with the ruling alliance to 12.
While some Congress leaders in the UT have joined BJP and there is talk of more joining, BJP leaders said such decisions were yet to be taken by top leadership.
"There are many who are joining BJP and we want to expand our party. This is our objective. We too should have a strong foundation in Puducherry. We are witnessing a pro-BJP environment in the UT which is a very healthy sign for us," a BJP leader said.
All India NR Congress and AIADMK are BJP's partners in the union territory. BJP has three nominated members in the assembly who can vote in a trust vote.
Karnataka is the only southern state being ruled by BJP and the party leaders are keen that they are able to form a government in the southern Union Territory.
With Narayanasamy's resignation, Congress has lost its only government in the southern part of the country. (ANI)