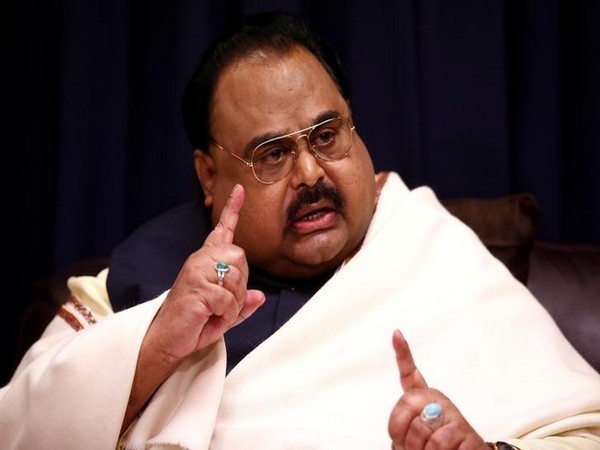 London [UK], Sept 12 (ANI): Muttahida Qaumi Movement (MQM) founder Altaf Hussain was on Thursday summoned again by the British police for questioning in a case related to a 2016 speech, where he allegedly urged his supporters to take the law into their own hands.

The questioning took place at the Southwark police station, where Hussain was accompanied by his British lawyer, Geo News reported.
The British police are yet to take a call on whether to charge Hussain or extend his bail under Section 44 of the 2007 Criminal Evidence Act.
The MQM chief was summoned for questioning in July in connection with the case. His bail, however, was extended through a letter by the police to his solicitors.
Quoting police sources, the Pakistani media outlet reported that Hussain is under strict bail conditions as the inquiry is underway.
The MQM founder is barred from addressing crowds for fear of instigating them and he is bound to stay at the designated address under curfew conditions from morning to evening.
Hussain cannot leave the UK without police permission either.
In June, Hussain was arrested by the Scotland Yard in a raid at his residence. Without naming the MQM chief, Metropolitan Police said in a statement that "the man who is aged in his 60s, was arrested at an address in northwest London."
Since the 1990s, Hussain has been living in the UK in a self-imposed exile following a crackdown on his party in Pakistan. He later gained British citizenship.
Hussain regularly makes television addresses or telephone speeches to his supporters, where he heavily criticises the Pakistan Army and ISI for alleged military oppression of Muhajirs.
He has been accused by his opponents of encouraging his party workers to indulge in violence.
Pakistani authorities have repeatedly sought the MQM chief's return to Pakistan to face trial in a number of murder and violence cases lodged against him. (ANI)