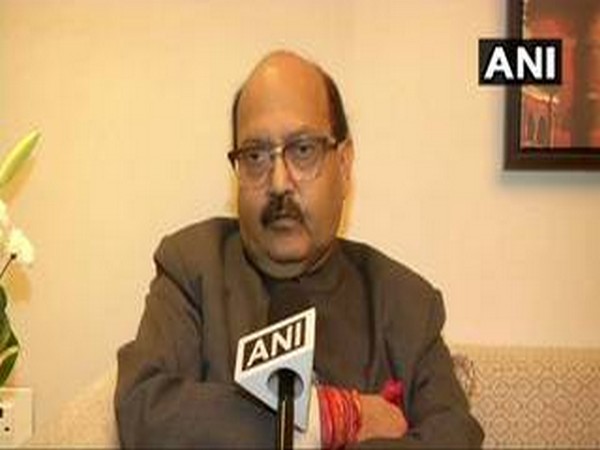 Amar Singh was a key figure in Delhi's corridors in the years of alliance politics when UPA was in power.
A long-time associate of Samajwadi Party leader Mulayam Singh Yadav, Amar Singh joined the party after a meeting with him in 1996 during a flight. He was elected to Rajya Sabha for the first time the same year.
He became an urbane face of Samajwadi Party with his cross-party political links, articulation, political acumen, resourcefulness, business connections and his links with Bollywood actors including Amitabh Bachchan and Jaya Prada.
Having been expelled from Samajwadi Party in 2010, he rejoined it in 2016 and then fell out with the party again after the rise of Akhilesh Yadav during the last assembly polls.
Amar Singh tried his hand at floating his own party and formed Rashtriya Lok Manch, in 2011. The party contested the 2012 assembly polls in Uttar Pradesh but drew a blank.
Ahead of 2014 Lok Sabha elections, Amar Singh and Jaya Prada joined Rashtriya Lok Dal (RLD).
Samajwadi Party had rescued the Congress-led UPA government in 2008 after the Left parties withdrew support on the Indo-US nuclear deal. The party changed its stance on the nuclear deal after Amar Singh and Mulayam Singh Yadav met former President Dr APJ Abdul Kalam.
Singh's name also surfaced in several controversies including the 2008 cash-for-votes scam. He also had to face arrest in the case.
In his years as a member of Rajya Sabha, Singh served as a member of several committees.
A lively and quintessential politician, Amar Singh had been facing health issues. He was born in Aligarh on January 27, 1956.
He spent his childhood in Kolkota where his family ran hardware business.
Singh went to St. Xavier's College for graduation and pursued LLB from University College of Law, Kolkata.
Amar Singh had in March this year scotched rumours of his death and posted a video `Tiger Zinda Hai' on Twitter, in which he said he was awaiting surgery in a Singapore hospital.
In February this year, he said he regretted his "overreaction" against veteran actor Amitabh Bachchan and his family.
Singh had said in a tweet that he was "fighting a battle of life and death" and had received a message from Bachchan on his father's death anniversary on Tuesday.
From his hospital bed he also made appeals to support the government in its fight against the coronavirus.
He had been supporting the initiatives of BJP-led government.
In his last tweet on Saturday, Amar Singh paid tributes to freedom fighter Bal Gangadhar Tilak on his death anniversary. Earlier in the day, he extended greetings to people on Eid Al Adha. (ANI)