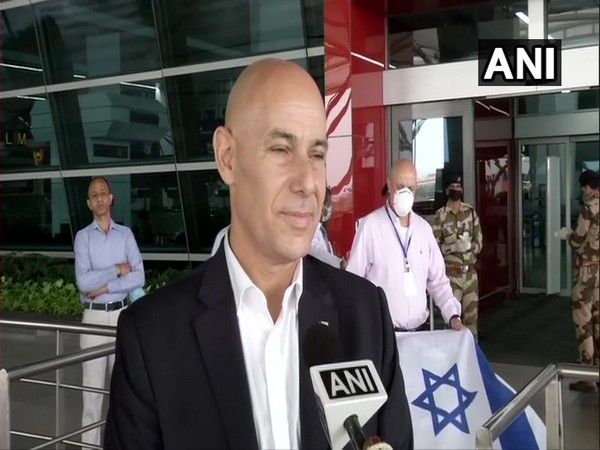 New Delhi [India], Mar 26 (ANI): Israel's Ambassador to India, Ron Malka, on Thursday thanked the Indian government for the evacuation of Israelis amid the nationwide lockdown in a bid to contain the spread of coronavirus, which has infected more than 600 people in the country.

"Today, we are evacuating 317 Israelis. In another flight tomorrow, 200 more Israelis will be evacuated. The Indian government has helped us a lot. I want to thank them," he told ANI.
"Israel took dramatic measures from the beginning when this crisis started. The situation there is under control," the envoy said.
Sandeep Kumar, who was a crew member in the flight, said that all safety precautions are being taken.
"We are not going to interact with passengers. We are just going to take them safely," he said.
Earlier in the day, ANI reported that Air India will evacuate over 300 Israeli nationals from New Delhi to Tel Aviv on Friday, amid the coronavirus outbreak situation which has claimed over 18,000 lives globally.
Boeing 777 AI-139 planes have been deployed for the evacuation operation. (ANI)