Amid Congress turmoil, Anand Sharma says UPA led with a sense of purpose 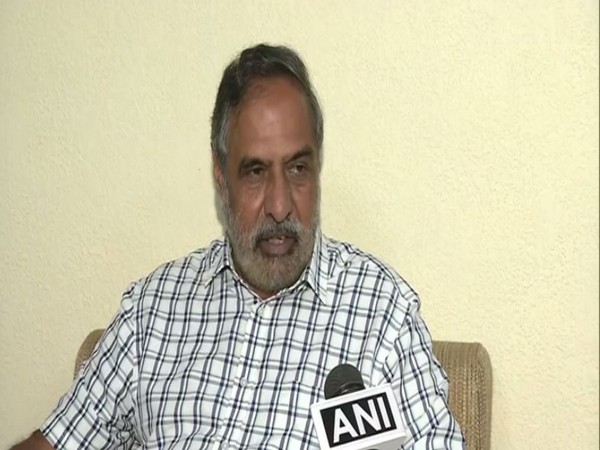 New Delhi [India], August 1 (ANI): Following the remarks of former Union Information and Broadcasting Minister Manish Tewari's that some Congress members were criticising the Dr Manmohan Singh-led UPA government instead of fighting the BJP, Congress MP Anand Sharma on Saturday said that the UPA government had led the country with a sense of purpose.

Taking to Twitter, the Congress MP said, "The UPA government led the country with a sense of purpose and a commitment to the common man."
"India witnessed unprecedented social and economic transformation and empowerment of the poor and vulnerable Indians," Sharma added.
Recently, Congress Rajya Sabha MP Rajiv Satav had wondered whether the performance of the UPA II government had affected the party's prospects.
Presenting a different view, Sharma said that the government had launched a path-breaking policy that had accelerated economic development and had created millions of jobs in the country.
"Path breaking policy initiatives accelerated economic development and manufacturing creating millions of jobs," said Sharma in another tweet.
According to Sharma, India had registered high economic growth despite global turbulence, financial and economic crisis in 2008-09
He said, "India became the first country to quadruple its GDP in a decade and UPA left a two trillion dollar economy and foreign exchange reserves of over 300 billion dollars. India's story caught the world's attention and India became a globally favoured destination for FDI. After the global financial crisis, UPA 2 tenure attracted FDI of USD 197 billion and the exports almost doubled to 316 billion US Dollars. Proud to have been a part of both Congress led UPA I & II governments."
Earlier, Manish Tewari had slammed a few members of the Congress party for "taking swipes at the Dr Manmohan Singh-led UPA Government" rather than fight the BJP.
"BJP was out of power for 10 yrs 2004-14. Not once did they ever blame Vajpayee or his govt for their then predicaments. In @INCIndia, unfortunately, some ill-informed persons would rather take swipes at Dr Manmohan Singh-led UPA govt than fight NDA/BJP," tweeted Tewari adding "When unity (is) required they divide."
On this, Sharma responded through a tweet saying, "History will honestly record the commendable contribution of former PM Dr Manmohan Singh and UPA chairperson Sonia Gandhi. The two leaders led India to a decade of compassionate and inclusive growth which all of us are proud of."
"Congressmen must be proud of UPA's legacy. No party disowns or discredits its legacy. Nobody expects the BJP to be charitable and give us credit but our own should respect and not forget," he added.
Speaking on the matter, Congress leader Milind Deora tweeted, "Well said, Manish. When demitting office in 2014, Dr Manmohan Singh said, "History will be kinder to me". Could he have ever imagined that some from his own party would dismiss his years of service to the nation and seek to destroy his legacy, that, too, in his presence?"
In a tweet, Congress MP Shashi Tharoor replied, "I agree with Manish Tewari and Milind Deora. UPA's transformative 10 years were distorted and traduced by a motivated and malicious narrative. There's plenty to learn from our defeats and much to be done to revive @INCIndia. But not by playing into the hands of our ideological enemies."
On Thursday, a meeting of Congress Rajya Sabha MPs saw differences of opinion over the introspection needed for its electoral debacles with Rajiv Satav, a young party MP, who has been associated with Rahul Gandhi, saying that the assessment should start from the performance of UPA-II government. The remarks were made in presence of former Prime Minister Manmohan Singh and party chief Sonia Gandhi, who had convened the virtual meeting. (ANI)