Amidst backlash, Rahul Gandhi returns to India from foreign trip 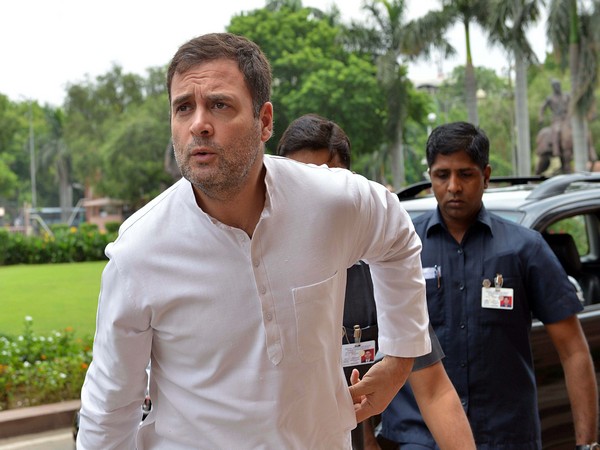 New Delhi: Congress leader Rahul Gandhi returned to India amidst criticism from ruling BJP as well as his own party leaders ahead of the Assembly elections in Haryana and Maharashtra. The Gandhi scion is in Surat to appear before court in connection with two defamation cases.

Meanwhile, Rahul while appearing for a defamation case filed against him for saying "how come all thieves have Modi as a common surname" during the Lok Sabha election, earlier this year, has pleaded not guilty.

Tomorrow, he will appear before a court in Ahmadabad in connection with a criminal defamation case lodged by Ahmedabad District Cooperative Bank. It was lodged by the chairman of the bank, Ajay Patel, after Gandhi accused it of being involved in a scam to swap demonetised notes worth Rs750 crore within days of demonetization.

However, Gandhi's absence from India ahead of the Assembly elections in Haryana and Maharashtra drew flak from several political leaders.

Union Home Minister and BJP chief Amit Shah on Wednesday targeted Gandhi for being on "holiday" during Assembly elections and asked him to come to Haryana and spell out his stance on abrogation of Article 370.

Addressing an election rally in Loharu, Shah said, "Congress party had opposed triple talaq bill, surgical strikes, airstrike and removal of Article 370. When elections are being held in Haryana and Maharashtra, Rahul Gandhi is on a holiday. I want to tell Rahul Gandhi you should come to Haryana and tell people whether you support the removal of Article 370 in Jammu and Kashmir or not."

Besides Shah, senior Congress leader Salman Khurshid on Wednesday also said that he was pained at the current situation of the party but expressed hope that it will bounce back.

Khurshid's had termed Rahul Gandhi's resignation from the post of party president as "walking away" following the defeat.

The Congress leader said if Rahul had stayed around, the party would have understood better the causes of defeat and be better prepared to fight the battles in coming times.

"This is perhaps the only time in history that a major defeat has not caused the party to lose confidence in their leader. If he had stayed and was around, we would've understood better the causes of our defeat and be better prepared to fight the battles in coming times," said Khurshid.

Assembly elections are slated to be held in Maharashtra and Haryana on October 21 while counting of votes will take place on October 24.

According to party sources, Rahul Gandhi will campaign in the poll-bound state of Haryana on October 14. He will also hold an election rally in Mumbai on October 13, sources added.