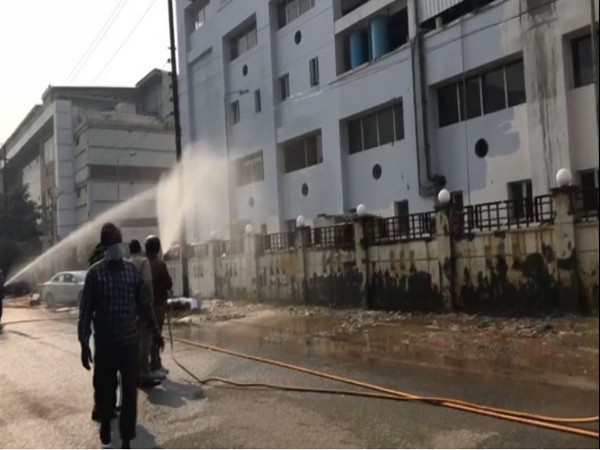 Noida (Uttar Pradesh) [India], Feb 1 (ANI): One person has died after an ammonia gas leak was reported at Haldiram's building in Noida Sector 65 on Saturday.

The deceased Sanjeev was a worker at Haldiram and was referred to the hospital after he fell unconscious.
"We got the information about the gas leak at Haldiram's building in Noida Sector 65. People from nearby factories were evacuated. The pipeline was repaired. It is being said that Ammonia gas was leaked. There is gas in the atmosphere. One man who got unconscious was hospitalised," DCP Harish Chandra told reporters here.
Further details are awaited. (ANI)