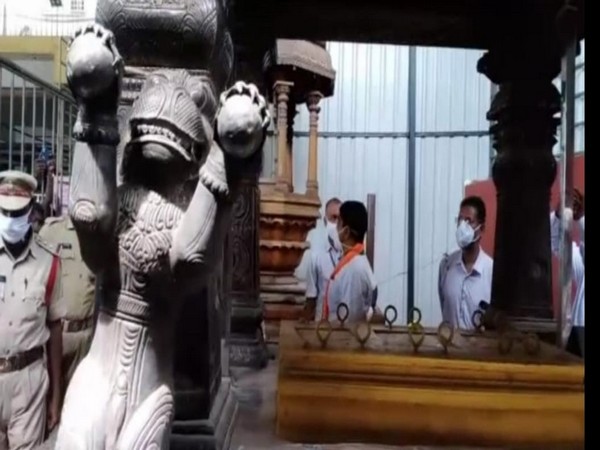 The matter of missing lion idols surfaced on Tuesday night, however, the temple authorities have not confirmed the incident yet. So far, no police complaint has been filed. In view of this, Veerraju and BJP delegation along with Kanaka Durga Temple's Executive Officer Suresh Babu checked the silver chariot.
They informed that there is only one lion left on one of the four pillars of the chariot and the remaining three pillars remain empty.
Veerraju has enquired the Temple Executive Officer about the missing idols and expressed his agitation over the alleged 'negligence' of the temple authorities in the matter.
Babu said the silver chariot was last used 18 months ago. Since then, it remained closed. "We have to check how many lion idols were there, whether they are given for repair work or kept in the locker. Things will be known after thorough checking only."
Meanwhile, the BJP delegation expressed dissatisfaction over the matter. The delegation has decided to meet state Governor Biswabhushan Harichandan on Wednesday to explain the matter and discuss their concern of rising incidents of attacks on Hindu temples in the state. (ANI)