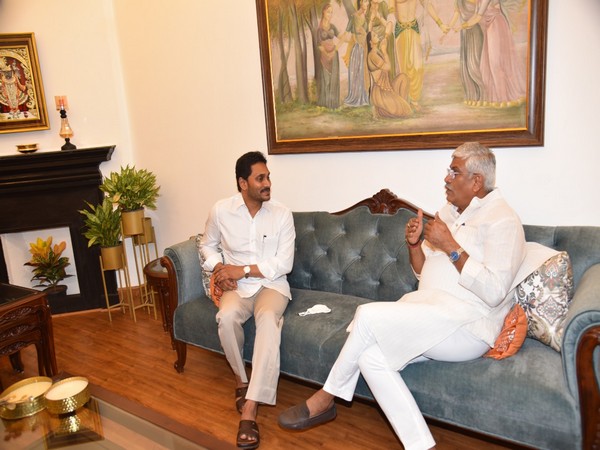 The Chief Minister reiterated the necessity of completing the Polavaram project on time during the discussion held with Jal Shakti Minister Gajendra Singh Shekhawat, according to a release.
He sought approval for investment clearance for the project, as recommended by Polavaram Project Authority (PPA) and Central Water Commission (CWC) and accepted by the Technical Advisory Committee of Ministry of Jal Shakti, for Rs. 55,656.87 Cr at 2017-18 price list "at the earliest so that project works, including land acquisition and Research and Referral (R&R) can be completed as per schedule by June 2022", he said.
Requesting Shekhawat to consider water supply as an integral part of irrigation component, Jagan said, "This would be in consonance with the guidelines followed by the Ministry of Jal Shakti towards national projects and added to reimburse the expenditure without restricting to component-wise eligibility".
Jagan also asked Shekhawat to reimburse the amount of land acquisition and R&R compensation for project-affected families, as per the Right to Fair Compensation and Transparency in Land Acquisition, Rehabilitation & Resettlement Act, 2013.
Citing that it's difficult to come to Hyderabad for project monitoring and inspection, Jagan requested the Union Minister to shift the PPA headquarters to Rajamahendravaram at the earliest. 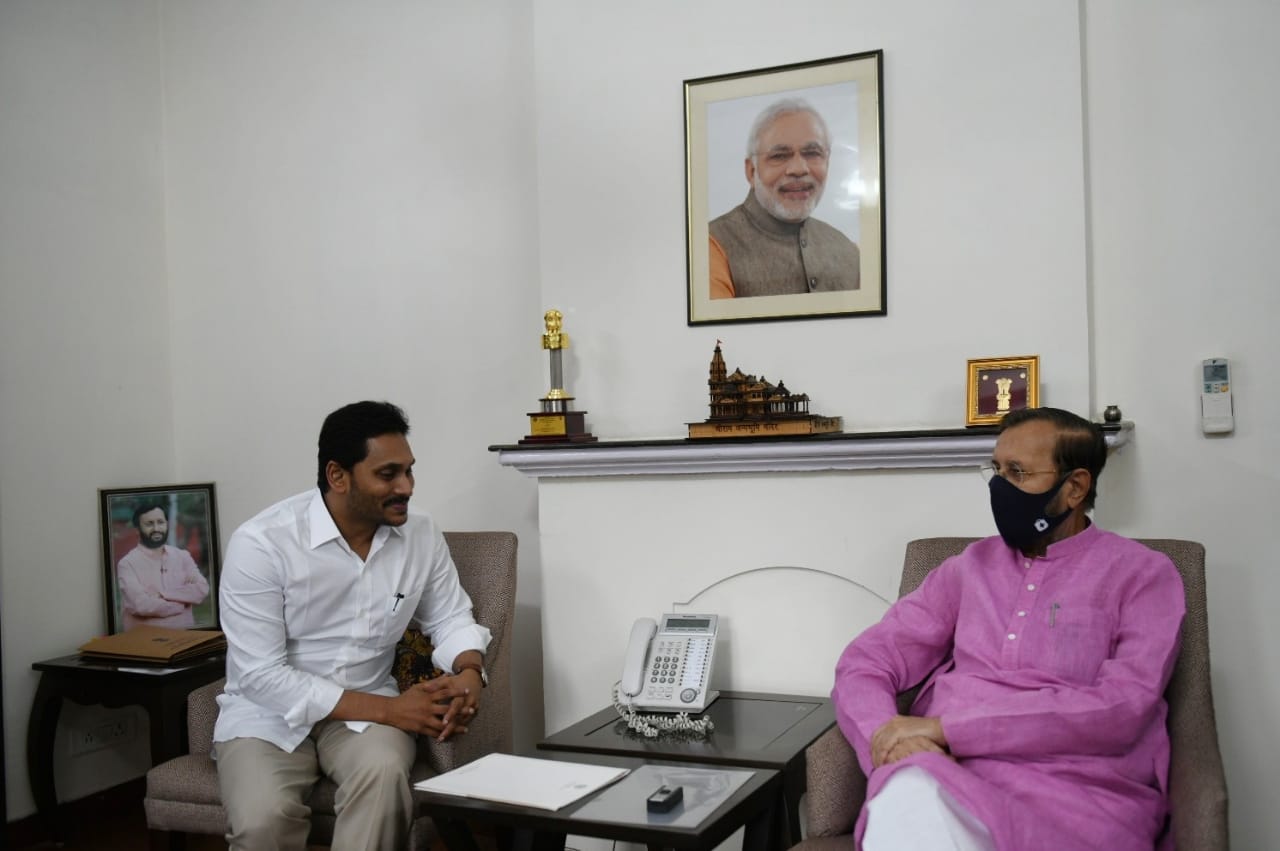 Earlier, the Chief Minister had requested Prakash Javadekar, the Union Minister of Environment, Forest, and Climate Change, to help solve problems in environmental clearances regarding stocking works of the Polavaram project.
Jagan later met Niti Aayog Vice-Chairman Dr Rajiv Kumar at Niti Aayog office and discussed various development issues.
During the discussion, he explained the various programmes undertaken under the "Housing for Poor" scheme.
Jagan said, "30.76 lakh house site pattas were distributed across the state for which 67,381 acers of land is acquired and as a result, 17,005 new colonies are formed".
"28.30 lakh houses will be constructed of which more than 15 lakh houses are being constructed this year. A joint collector is appointed for each district to ensure quality and timely construction of these houses", he added.
Pointing that basic infrastructure amenity in the colonies would require an estimated amount of Rs 34,109 crore and it will be difficult for the state government to bear such huge cost, Jagan said, "If infrastructure facilities are not provided after constructing houses, the beneficiaries would face difficulties and in such case, the investment made in procuring land for house sites and construction of houses may not need optimum results".
The Chief Minister has requested Niti Aayog to discuss the matter with concerned ministries and to make the cost for the development of infrastructure in those colonies a part of assistance given to the state governments under the Pradhan Mantri Awas Yojana programme.(ANI)