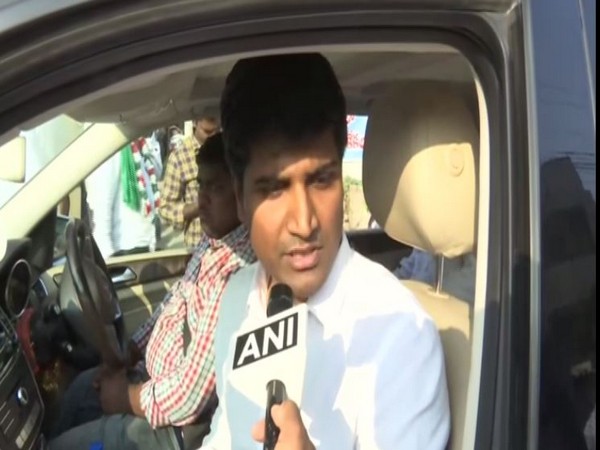 Amaravati (Andhra Pradesh) [India], Jan 31 (ANI): YSRCP MP Lavu Srikrishna Deva Rayalu on Friday said that Andhra Chief Minister Jaganmohan Reddy does not want to repeat the same mistake done in the past of having development focused in one place.

"In 70 years, only the state of Andhra Pradesh has changed its capital thrice. Previously, the development was too focused on one place and our Chief Minister doesn't want to repeat the same mistake," YSRCP MP told ANI after addressing the farmers protesting against the Andhra's decision to have three capitals in the state.
"We have always said that our sole aim is decentralised development and I have assured the framers that we will take care of their interest," he added.
He further said that in a few weeks' time, CM Jaganmohan Reddy led will resolve all the impending issues with farmers.
Taking on the opposition parties in the state, Deva Rayalu said, "There is miscommunication that has happened and the opposition party wanted to take some advantage of it."
On Monday, the Andhra Pradesh Assembly had passed the state government's resolution to dissolve the Legislative Council.
The state assembly has also passed the 'Andhra Pradesh Decentralisation and Inclusive Development of All Regions Bill 2020'.
The Bill proposes to have a legislative capital at Amaravati, executive capital and Raj Bhavan at Visakhapatnam and judicial capital at Kurnool. (ANI)