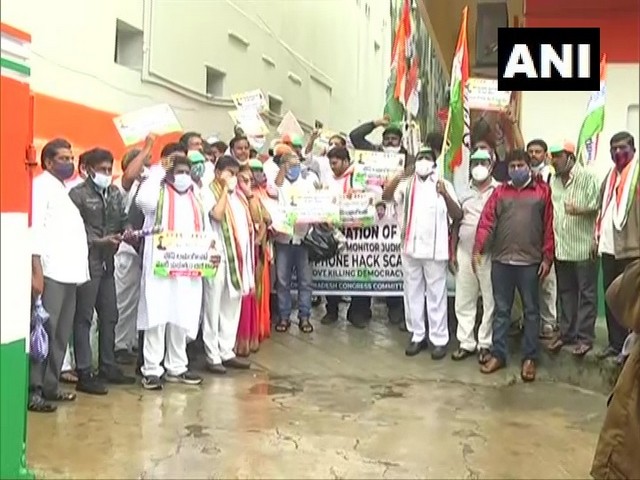 Congress leaders tried to hold rally from the party office to Raj Bhavan. They are protesting against the central government in connection with Pegasus issue.
The opposition has alleged that the names of several Indian politicians, journalists, lawyers, and activists appeared on the leaked list of potential targets for surveillance by an unidentified agency using Pegasus spyware. This comes following reports published in The Wire. (ANI)