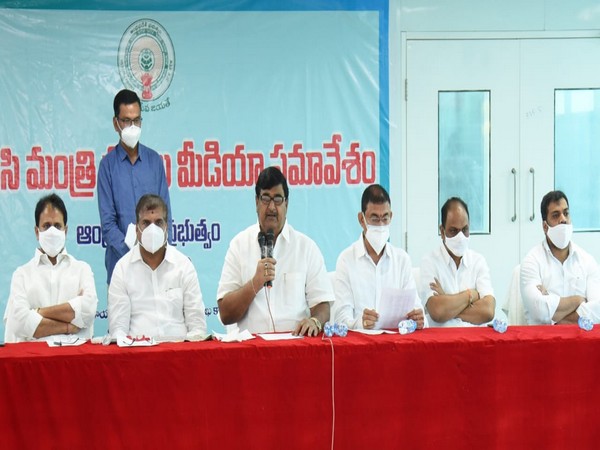 Each corporation will have one Chairman and 12 Directors. 50 per cent of the nominated posts are reserved for women.
BC leaders from all districts are given place in these corporations. These are formed on pro rata basis of the population of the BC castes, wherever each caste has a population of at least 30,000.
The names of chairmen and directors were announced this noon at the Panchayat Raj office in Amaravati. Andhra Pradesh Deputy Chief Minister Dharmana Krishnadas, ministers Botsa Satyanarayana, Dr P Anil Kumar, Ch Venugopala Krishna, M Sankara Narayana, and MP Mopidevi Venkata Ramana participated in the program.
DCM Dharmana Krishnadas said that "Backward Communities in the state worked for YSRCP to come to power. Chief Minister Jagan recognized their hard work and gave priority to their upliftment. For the first time in India, 139 BCs have been given place in corporations. Jagan has fulfilled the promise he had given to the backward communities at Eluru during his Padayatra. Opposition TDP had always used BCs as vote bank. TDP did nothing for them but insulted and humiliated them many times. YSRCP is the only party that gave due credit to BCs."
Minister Ch Venugopal said, "Today is historic day for BCs. Jagan said that BC means NOT Backward Classes BUT Backbone Classes. There are 139 castes in AP but they had no recognition till our govt came to power. Now YS Jagan gave us the BCs a golden chance. With constitution of 56 corporations for 139 castes, the BCs will become closer to the welfare schemes of the government. We thank the CM for providing chance to so many BCs to serve the public."
While Minister Botsa Satyanarayana said that CM YS Jaganmohan Reddy has given much priority to BCs.
"He has selected 728 BCs to serve the communities through the corporations. In fact, we had doubts how Jagan would fulfil his promises to the BCs, but now we are surprised to know his ideas. Jagan is not using BCs as vote banks, he is encouraging them for their political growth. We thank the CM for his steps for the upliftment of the Backward Classes," he added.
MP Mopidevi Venkataramana said that "In general political parties consider BCs as mere vote banks and think that they introduce many schemes for their welfare. Jagan had understood the conditions of rural areas with his Pada Yatra."
"He wanted that BCs should grow financially, for the same he had formulated plans for creating awareness among them. He has announced 56 corporations today with the motive of the political growth of BCs. These corporations are constituted for understanding and resolving the problems of BCs. Further, women are given 50 per cent berths. Jagan has set a record of being the first and only CM who has taken such a bold step," Venkataramana added. (ANI)