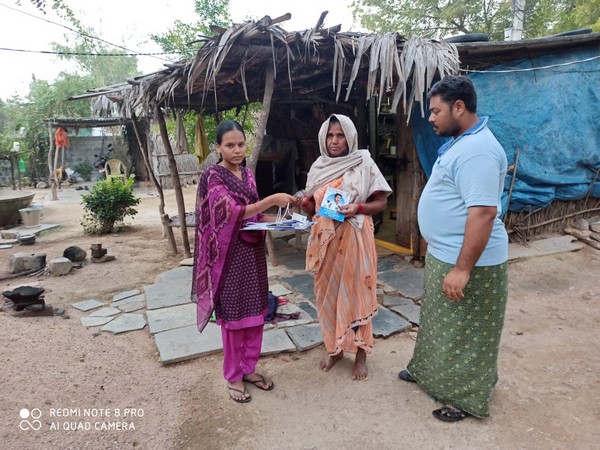 Amaravati (Andhra Pradesh) [India], Feb 1 (ANI): Andhra Pradesh Government has initiated a doorstep pension delivery scheme across the state, under which, various welfare pensions is being delivered at the doorstep of the pensioners.

The state government said that it has taken up the "YSR Pension Kanuka" initiative to end the struggles of old people who find it difficult to go to the pension office.
Also, the age for old age pensioners (OAP) has been reduced from 65 to 60 years. With the increase in the pensioners, the list of beneficiaries has gone up to 54.64 lakh this year.
The Disabled Pensions (DP) will be Rs 3,000 per month, while the CKDU/Dialysis Pensions will receive Rs 5,000 to Rs 10,000 per month, the state government has said.
The volunteers equipped with smartphones and with biometric information of the beneficiaries will deliver the pension at the doorsteps for greater transparency.
Out of Rs 15,675.20 crores earmarked by the government for the programme, Rs 1320.14 crore has already been released for the first month to be paid on February 1, as per an official statement. (ANI)