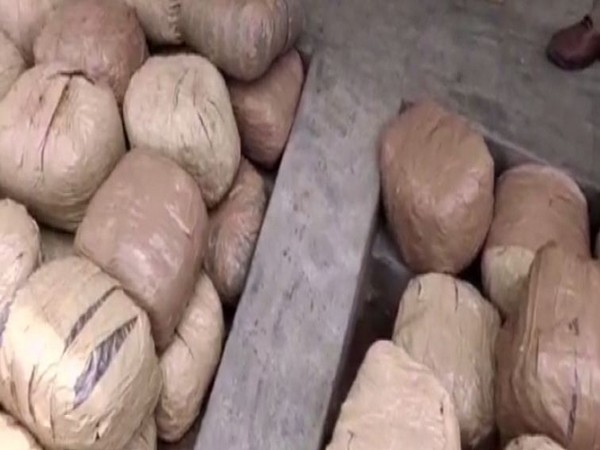 Speaking to ANI, Ch Lakshmana Rao Parvatipuram Circle Inspector, said, "The road was blocked due to rain, which led to a traffic jam at Kodupam bridge. Our police personnel were clearing the traffic when they found a lorry on the road. After checking it, we found the vehicle in an abandoned condition. They took it to the police station."
"Later while checking, we found a hidden cabin in which 675 KG of cannabis was stored. The lorry had West Bengal number plate on it. The probe is on and we will catch the culprits soon," he added. (ANI)