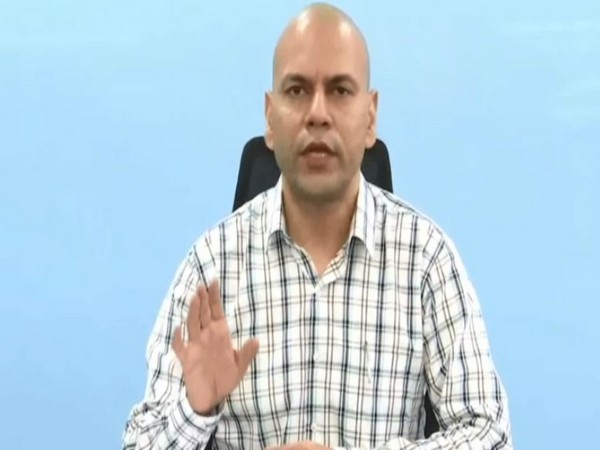 Amaravati (Andhra Pradesh) [India], June 10 (ANI): Coronavirus positivity rate in Andhra Pradesh dropped to 8.69 per cent and the number of active infections has declined to 1,03,995, informed a state government official.

Addressing a press conference on Wednesday, Anil Kumar Singhal, Principal Secretary, Health, Medical and Family Welfare, said that the number of Covid tests in the state crossed the 2-crore mark.
He said that 2,00,39,764 samples have been tested so far in the state since the pandemic began last year. The number of tests per million population is 3.75 lakhs in Andhra Pradesh, which is far higher than the national average of 2.67 lakh tests per million population, he asserted.
"The Corona cases are gradually decreasing in the state from May 17. There were 2,11,554 active cases on that day, which came down to 1,03,995 now. In the past three days, less than 10,000 cases are being reported. Corona positivity rate was 25.56 per cent on May 16 but it fell down to 8.69 per cent on June 8. The recovery rate was 84.32 per cent on May 7 but it grew to 93.05 per cent as of Wednesday," Singhal said.
The Principal Secretary informed that 18,716 people are undergoing treatment in hospitals, 9,707 are being treated in Covid care centres and 75,572 are in home isolation.
Singhal said that 1,955 black fungus cases have been reported in the state till date and 114 of them have died. "As of now, there are 1,301 black fungus cases in the state. Posaconazole and Amphotericin B injections are available in all districts in adequate quantity," he added.
The health principal secretary said that the 12th phase of the fever survey started has from Wednesday.
"The full report of people suffering from fever will come by June 11. Till date, 272,240 fever victims are identified and 33,262 of them are tested positive for Covid."
Singhal further said that the state government has purchased 4,20,000 Covishield doses which reached the state on June 8.
"Till date, 1,09,69,000 doses have been administered. Among them, more than 58 lakh are administered only one dose and 25,87,000 have taken both doses. The state government has procured vaccines directly from companies, and 16,54,000 doses are yet to be received. Further, the central government's quota of 51,54,000 doses for July is yet to be received."
He said that the calls to 104 call centre are also decreasing. "On May 3, 19,175 calls were received but today only 2,482 people called for advice. At the same time, 5012 doctors including 951 specialist doctors have registered to provide medical services through the call centre."
The Medical and Health department stated that the teleconsultation calls by doctors to patients through the State government's special Covid call centre '104' crossed the 5-lakh mark on Wednesday.
Cumulatively, 5,53,306 calls were made to patients so far since May 1, 2021, for teleconsultation, the department said. (ANI)